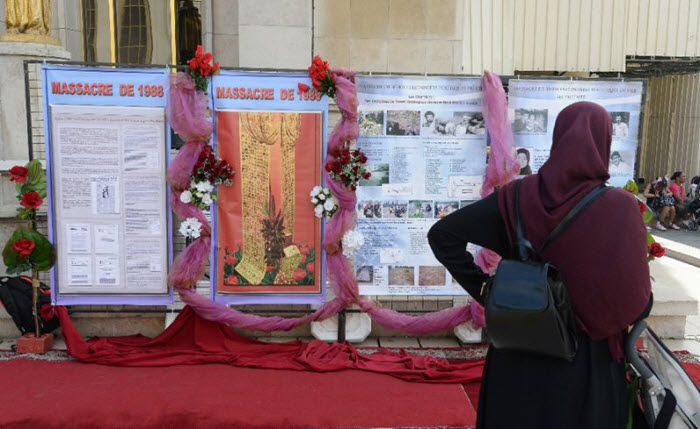 Yahoo News has reported that a new campaign group has been set up to get justice for the people who died in the 1988 massacre in Iran.

This comes after new evidence has been revealed following the release of an audio recording of a late dissident cleric, Ayatollah Hossein Ali Montazeri, telling other top officials at the time that they will be remembered as the worst criminals in history for their role in the massacre.

“They’ll write your names as criminals in history,” Montazeri said. Montazeri was then side-lined by Khomeini and was placed under tight surveillance by the Iranian regime until he died in 2009. His family posted the audio recording on his website last month.

The 1988 massacre involved the death of around 30,000 political prisoners. At the time, the executions received limited attention, “in part because of a media blackout imposed by Iranian Ayatollah Ruhollah Khomeini, who had taken charge of the country in the 1979 Islamic Revolution”. The majority of those who died were members of the dissident group, People’s Mojahedin Organisation of Iran.

The group, “Justice for the Victims of the 1988 Massacre in Iran” announced their launch on Wednesday in Geneva at a press conference at the United Nations.

One of the members is Ingrid Betancourt, a former Colombian presidential candidate held hostage for six years by FARC rebels. Tahar Boumedra who served as the UN’s top human rights representative in Iraq is also a member.

Betancourt said that the audio recording that was released “has re-opened a wound” and she urges the UN rights office to “initiate an investigation into the executions”.

The group has said that they have documented evidence of at least 12 mass graves across the country where the victims have been buried. Since the release of the tape, many relatives of those who died have come forward.

Azadeh Zabeti, a British-Iranian lawyer, said: “The impunity enjoyed by the perpetrators must end.”