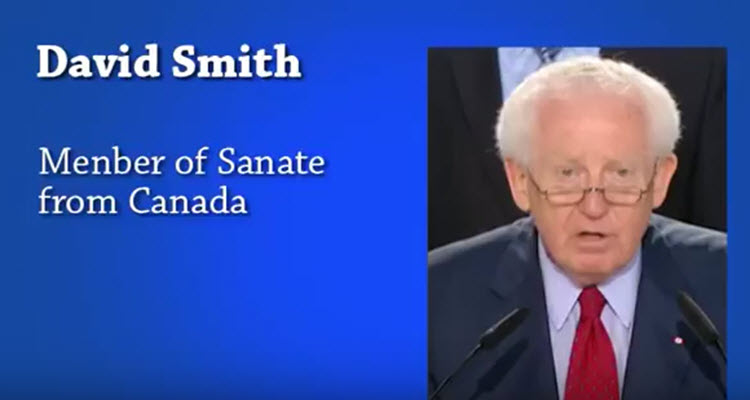 With colleagues from parliaments in the US and Europe, Canadian Senator, David Smith, said he would be at the Free Iran mass rally in Paris on July 9, as he has in previous years, to demand “genuine elections and basic human rights” for the people of Iran.

Attending the rally on behalf of “hundreds” of Canadian parliamentarians, Senator Smith commended the Iranian community of Canada for continuing the struggle for basic freedoms in Iran, and was proud of his parliamentary colleagues for maintaining their support for that struggle.

The Free Iran gathering on July 9 in Paris will see members from parliaments across the globe, together with other decision-makers and civic leaders, in conference with tens of thousands of supporters of the National Council of Resistance of Iran (NCRI). The grand gathering will discuss the 10-point plan of NCRI President-elect, Maryam Rajavi.