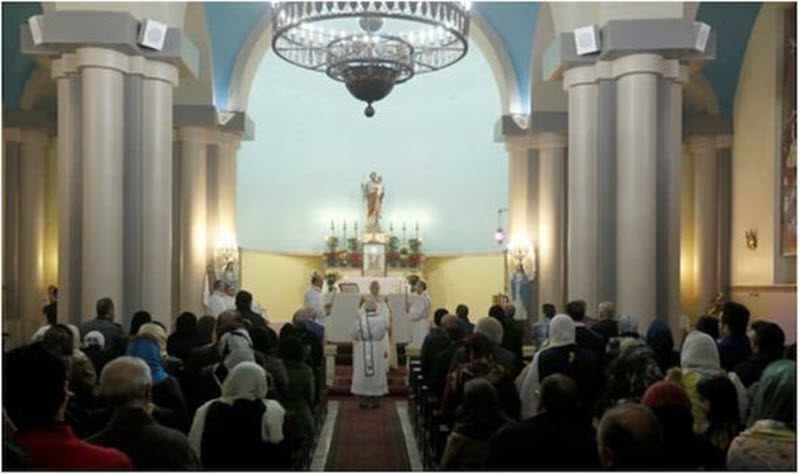 Islam forbids its followers from converting to another religion, so in countries where religious law applies, converts can be prosecuted. The numbers of converts to Christianity has been rising in Iran in recent years, reaching tens of thousands or more according to some estimates.

On February 10th, a non-Trinitarian “Church of Iran” in the northern city of Rasht, was raided by Ministry of Intelligence agents, who entered the building shortly after the church service had ended. They confiscated mobile phones of church members and arrested Abdolreza Ali Haghnejad. Security agents went to his home and confiscated his books and his wife’s mobile phone.

Previously, on January 29th, Hossein Kadivar and Khalil Dehghanpour were detained following a raid. Ministry of Intelligence agents scaled the wall of the property where the “house church” service was being held. The agents threatened all other attendees, confiscating their ID cards and mobile phones. The men had been leading the church in Rasht since its pastor, Youcef Nadarkhani, was sentenced in July 2017 to ten years in prison for “acting against national security” by “promoting Zionist Christianity” and running “house churches.”

On Friday February 15th, at a church congregation held in a home Mohammad Vafadar, Mohammad Islamdoust and Kamal No’manian were arrested and taken to unknown locations.

While Iran allows traditional Eastern Orthodox and Catholic Christian minorities to practice their religion, it persecutes missionary churches, which exist in secrecy. Also secret, are the names that Muslims who convert to Christianity assume. Their new Christian names are known to only a close circle of other converts.

The Telegraph reported that according to Christian charities, as of December 2018, 114 Christian converts were detained in the span of just one week.

According to Iranian law, evangelism, missionary work, and converting to Christianity holds a sentence of more than 10 years’ imprisonment. The distribution of Christian literature in Persian is also illegal in Iran. The last known execution for apostasy was in 1990.

The Iranian intelligence service (MOIS) monitors Christian activity and, together with the Revolutionary Guard (IRCG), has raided Christian gatherings in private homes, arresting all in attendance, and confiscating personal property. Those arrested have been subjected to intensive and often abusive interrogation.

The United Nations, as well as international human rights organizations, have repeatedly urged the Islamic Republic to respect the right to choose one’s religion and beliefs. This right is meant to be protected by Iran’s international obligations.