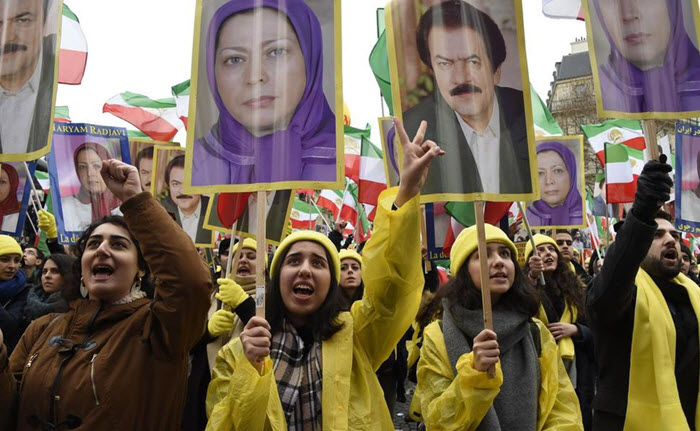 David Amess, a contributor to US News, wrote an article about the situation of Iran. He said that a year after the Iran nuclear agreement was signed a new wave of criticism has highlighted that the deal was “a giveaway to a brutal regime with a notorious record of human rights abuses and sponsoring terrorism”.

He mentioned the 9th July rally in Paris that was organised by Iran’s democratic opposition coalition, the National Council of Resistance of Iran (NCRI). Every year they have a rally which aims to bring attention to the regime’s ongoing domestic abuses and a call for regime change.

Many prominent speakers mentioned the nuclear issue at the event where they gave their support to the coalition. Political figures from all over the world with a wide range of political leanings spoke. Amess said: “(…) some reiterated their scepticism about the nuclear arrangement, while others focused on the absence of the promised trend toward moderation in other aspects of the Iranian regime – a promise that helped to sell the deal to countries worldwide and to the public.”

The regime showed their lack of moderation after the rally too. The Iranian Foreign Ministry spoke hysterically, denouncing countries that sent delegations to the rally. This just proves that the regime is “unwilling or unable to tolerate a peaceful demonstration even on foreign territory, much less inside the Islamic Republic itself,” said Amess.

He asks: “What is the motivation behind this policy of appeasement on the nuclear deal and its implementation?”

The simplest answer, he says, is that policymakers believe the deal will stall Iran’s progress towards a nuclear weapon. Amess believes this is very unlikely considering the lack of transparency in International Atomic Energy Agency inspections and the continuing uncertainty about Iran’s baseline nuclear knowledge. In any case, aside from the nuclear issue, the regime’s behaviour has worsened in other areas.

He adds that the economic sanctions that brought the Iranian regime to the nuclear negotiating table “have edged it further to the brink of collapse, stripping billions of dollars from its repressive forces and notably the Revolutionary Guard”. He believes that the regime could have collapsed, and that it is still possible. But for this to happen, the U.S. and the EU need to realise that appeasement is not the way forward with the brutal regime. He ended by saying that Iran “has a peaceful, democratic and credible alternative waiting in the wings”.