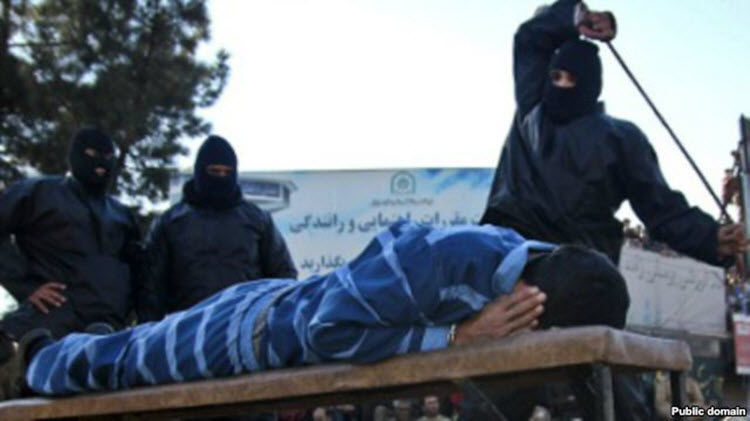 In Iranian town Qazvin around twenty people have been flogged for eating and/or drinking in public during the fasting time of Ramadan.

On top of these twenty people that were flogged, there were also dozens of dossiers set up for the same activity, according to state media reports.

Ismail Sadeghi Niaraki, the Public and Revolutionary Prosecutor in Qazvin, said: “Ninety dossiers have been created for people who were eating in public in Ramadan and, from these people, 20 cases were seen to on the day of their arrests. The culprits were sentenced to flogging and fines, and the sentences were carried out.”

Although the prosecutor did not give details about how many lashes the victims were given, there were reports that it could have been in excess of 70.

The penal code of the Islamic Republic of Iran advises that any religious taboos that are explicitly violated in public can be punishable by a term in prison of between a couple of days and several months. An alternative punishment that is recommended is 74 lashes.

Human rights organisations around the world have repeatedly condemned the flogging carried out by Iranian authorities and have called it torture, highlighting that it is a severe violation of human rights. The Iran Human Rights (IHR) organisation emphasises that according to Article 5 of the Universal Declaration of Human Rights, nobody should be subjected “to torture or to cruel, inhuman or degrading treatment or punishment”.

The organisation’s founder has called on everyone to condemn such “primitive acts”. He said that Iran is using “primitive” methods to exert control over the population. He also advised that in Iran religion is something that is imposed on the people – it is not a personal choice. He said that if there is to be any chance of peace for the people of Iran it is absolutely essential that human rights are respected.

Iran ratified the International Covenant on Civil and Political Rights that states that human rights must be respected and that torture is a violation of human rights.

The Iranian regime has a long history of supressing the people and at the beginning of the year Amnesty International slammed it for effectively “legalising brutality”.

Iran’s penal code states that any woman who is not properly veiled should be sent to prison for a period between two days and two months, or receive a fine.