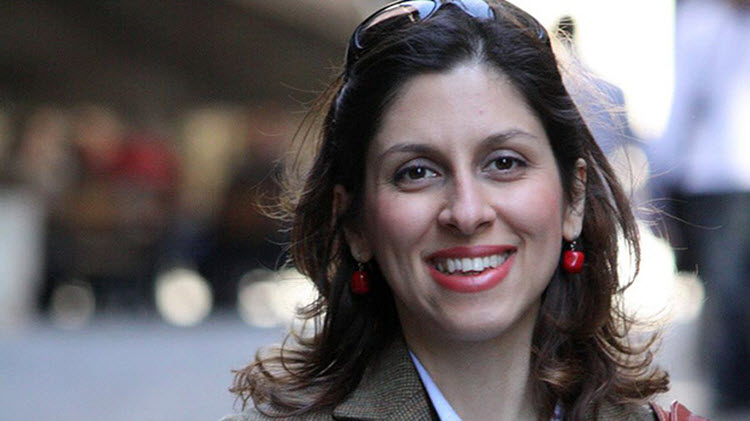 On the 3rd of April this year, Nazanin Zaghari-Ratcliffe was returning home after visiting her parents in Iran, along with her 22-month-old daughter. At the airport, in what must have been the worst day of her life, Mrs. Zaghari-Ratcliffe was detained by the Iranian authorities. Her daughter has been taken away from her and she herself has been jailed. Her husband, Richard Ratcliffe, who has been campaigning for her release ever since is claiming that his wife is being used as a “bargaining chip” in the political relations between the UK and Iran.

The family has been through hell and back since Mrs.Zaghari-Ratcliffe was detained in April. The Iranian government does not recognise dual nationality and confiscated her British passport on the day of her arrest. All contacts have been cut off from Mrs. Zaghari-Ratcliffe – she has not been even allowed to see her baby daughter.

The family don’t know many details of Mrs. Zaghari-Ratcliffe’s arrest. She was sentenced to five years in prison after an unfair trial in front of the Revolutionary court due to issues of ‘national security’. She was denied access to a lawyer and was detained in solitary confinement for a significant amount of that, seriously impacting her health. She has been sentenced to five years in prison, starting from September this year.

The Iranian government has claimed that Mrs. Zaghari-Ratcliffe is a spy, but her husband Mr. Ratcliffe believes that his wife’s arrest has more to do with the political relations and debts between the UK and Iran, with his wife being used as a “bargaining chip” in relations with Britain. This is “a signal that the British government should understand,” Mr. Ratcliffe announced.

He believes that Iran wants the UK to pay up £500 million for a tank deal that was done forty years ago.“There is a link as to why Nazanin is still being held and the UK government’s reluctance to pay its debts. My family are caught as collateral,” Mr. Ratcliffe said.

However, the UK government have denied these claims. A spokesman for the UK’s Foreign Office offered his sympathies to the Mr. Ratcliffe and the family of Mr. Foroughi, another British-Iranian dual national who has been jailed in Iran for eight years.

“We understand what a difficult time this is for Mr. Foroughi, Mrs. Zaghari-Ratcliffe, and their families,” the spokesman said. “Minister for the Middle East Tobias Ellwood has met with the families personally to reassure them that we are doing all we can to help them.We have raised their cases with the Iranian government at the highest levels and will continue to do so at every opportunity.Iran does not recognise dual nationality and therefore does not grant access to dual nationals.”

Mrs.Zaghari-Ratcliffe’s situation is dire and she ended a five-day hunger strike while in detention due to concerns for her health. Mr. Ratcliffe continues to campaign for his wife’s release, and the issue will be raised again on Wednesday at Prime Minister’s Questions.