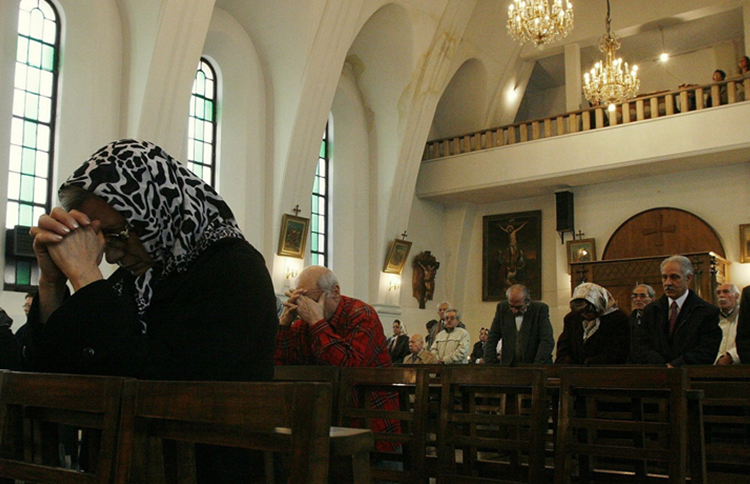 Iranian security services have arrested four Christian women in Bushehr on July 8 for practising their religion.

Khatoun Fathollahzadeh, 61, Maryam Fallahi, 35, Marjan Fallahi, 33, and Fatemeh Talebi, 27, were arrested along with their husbands. Their homes were raided and they were placed in solitary confinement.

Fathollahzadeh was temporarily released shortly after her arrest because of her age, but the others are being held with access to a lawyer.

The intelligence agents “stormed” the Christians’ homes at roughly 9 am in a coordinated operation, according to Article 18, an organization that promotes religious freedom, and confiscated Bibles, Christian literature, crosses, and pictures of Christian symbols. They also seized laptops, phones, identity cards, bank cards, and other personal belongings.

This all stems from the fact that, despite Iran’s claim to respect religious freedom, non-Muslims are banned from public expressions of the religious affiliation. Moreover, any Muslims who try to change their religion or any non-Muslims who attempt to convert Muslims can face the death penalty.

Christians, who are supposed to be protected by the Iranian constitution, are regularly targeted by Iranian security services who raid church services, arrest worshippers, and confiscate religious symbols and literature.

US Secretary of State Mike Pompeo has on several occasions highlighted the Iranian authorities’ lack of religious freedom on several occasions, including re-designating Iran as a “Country of Particular Concern” under the International Religious Freedom Act of 1998 in November.

Earlier this year, following the United States Commission on International Religious Freedom’s 2019 annual report in late June, Pompeo said: “In Iran, the regime’s crackdown on Bahá’ís, Christians and others continues to shock the conscience.”

Since 2010, roughly 550 Christians were arbitrarily arrested because of their religious beliefs. More than 90 are still lingering in prison on trumped-up charges. Human rights organizations said that Christian prisoners are subjected to severe beatings, sexual assault, and torture.