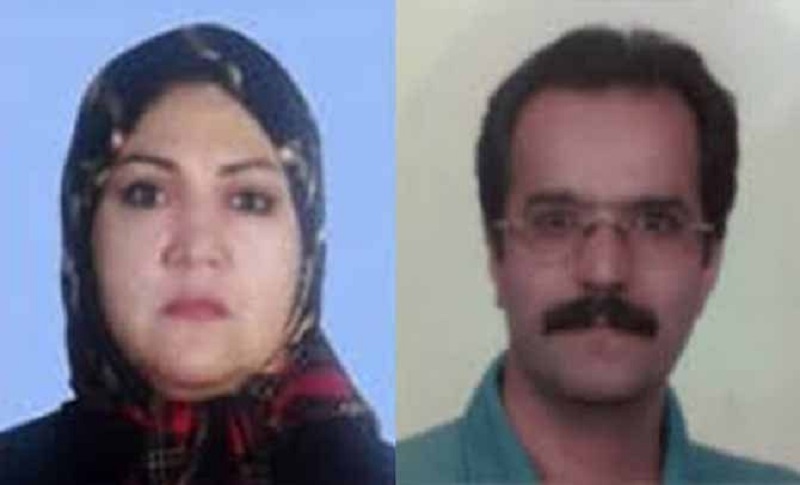 Iranian political prisoner Hassan Sadeghi has been banned from visiting his wife Fatemeh Mosanna, who is also a political prisoner because he refused to wear a prison uniform or have cuffs on his hands and feet during his transfer from Rajai Shahr Prison in Karaj.

This meant that Amin Vaziri, the presiding judicial official in Rajai Shahr Prison, ordered that the visit, the first in several months, be canceled. (Since being promoted, Vaziri has made it obligatory for prisoners to wear a uniform and hand and feet cuffs during transfers knowing that the political prisoners will resist.)

Mosanna, who is detained in the Women’s Ward of Evin Prison, has only seen her husband three times this year. They were last supposed to meet in late August, but the same issue happened then and the visit was canceled.

Sadeghi and Mosanna have been serving 15-year prison sentences since 2015 after being convicted of organizing a remembrance ceremony for Sadeghi’s father Gholamhossein, a member of the People’s Mojahedin Organization of Iran (PMOI, Mujahedin-e Khalq or MEK). The pair were arrested in January 2013.

In March of this year, the agents of the Iranian regime confiscated their house and shop.

The couple’s son Iman said: “In addition to our house in Kashan, the authorities have confiscated our shop in Tehran. We have no other source of income. Now they are putting their hands on our house where we live in Tehran and if they take that away from us, we will have to live on the street because we have nowhere else to go. Since getting the confiscation notice we’ve all been more stressed out and my mind is preoccupied with what to do for my sister and grandmother [who are also living in this house].”

He also advised that his parents need medical care for their various illnesses and that he has arranged hospital treatment for them at his own expense, but the Regime will not let them go.

Mossanna was arrested in 1981, at the age of 13, and detained for two years for her political activism. That same year, three of her brothers were executed by the mullahs’ regime.

Sadeghi spent six years in prison during the 1980s, from age 15 to 21, for being the MEK sympathizer.

During the 1980s, the Iranian regime executed tens of thousands of political prisoners, mainly members of the MEK held in jails across Iran. The most horrific example is the 1988 massacre of 30,000 MEK political prisoners in a single summer.