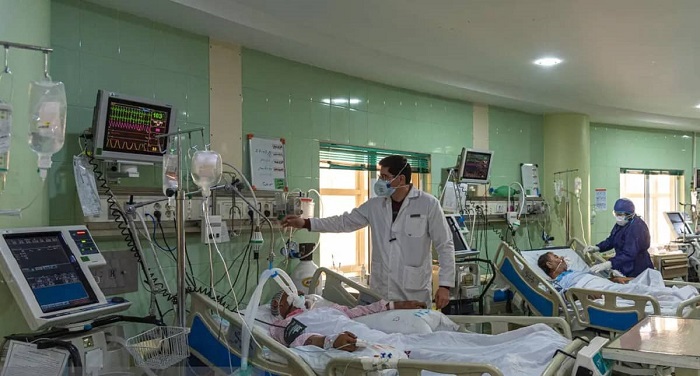 In a statement, the Secretariat of the National Council of Resistance of Iran (NCRI) quoted the People’s Mujahedin Organization of Iran (PMOI/MEK) as saying that 493,600 people had died as a result of the Covid-19 outbreak in Iran as of December 30.

Isfahan University of Medical Sciences spokesperson said: Eight cases of Omicron infection have been identified in the Province so far. This variant will become the dominant COVID-19 variant within three to four weeks. (IMNA news agency, December 30, 2021)

Yazd University of Medical Sciences spokesperson said: Omicron has also been identified in Yazd Province. Three cases have been identified as Omicron, and there are probably many more people infected with this virus in the Province. (Mehr news agency, December 30, 2021)

Qom University of Medical Sciences spokesperson said: Due to the very high infection rate of the Omicron, we cannot predict the situation next week. (IRNA news agency, December 30, 2021)

Gonbad Kavus Health Network: The number of children with COVID-19 referred to medical centers in this city has increased in the past two weeks. (IRNA, December 30, 2021)