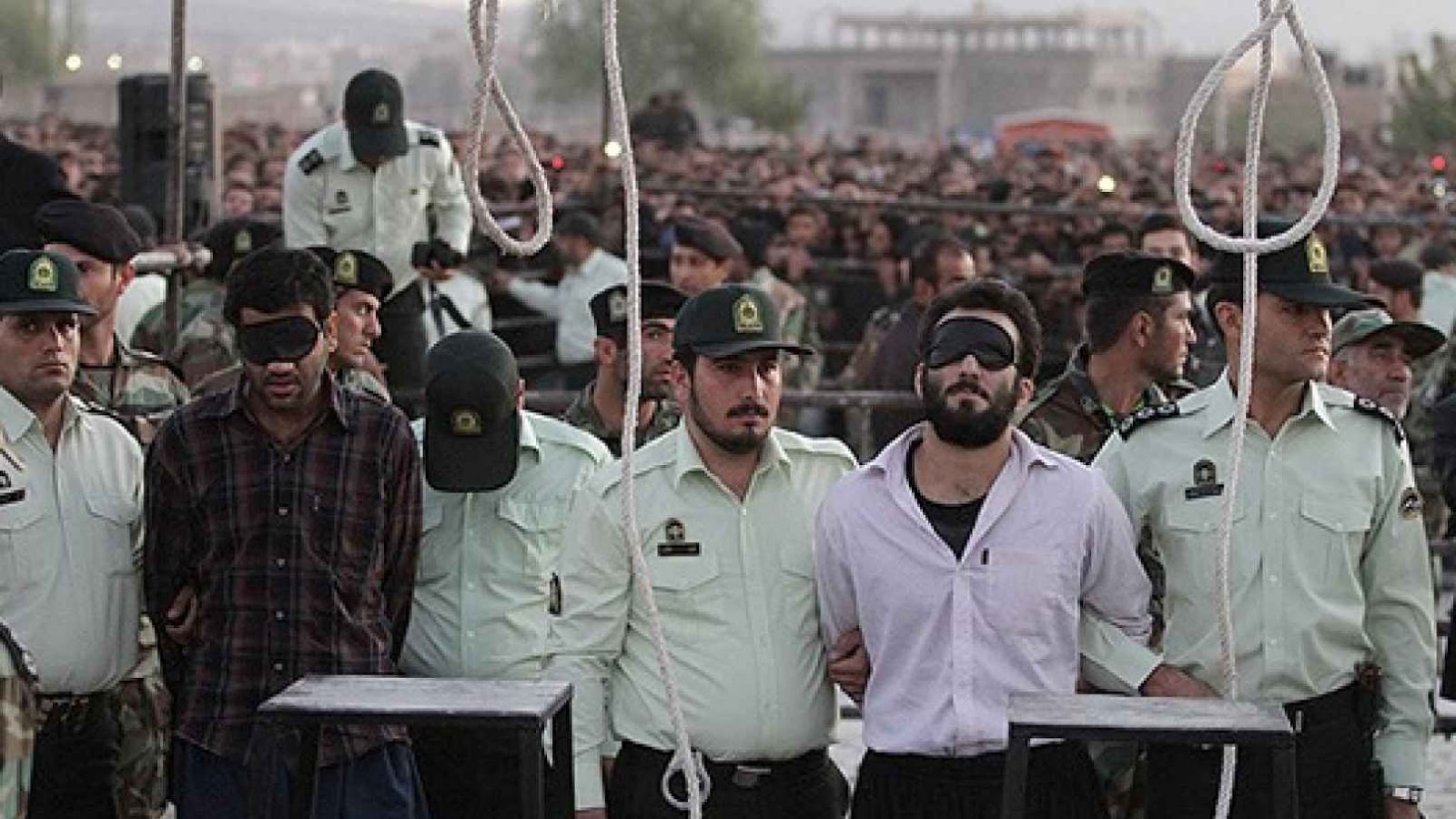 by Armin Baldwin
During the first six months of 2017, an estimated 203 people were executed, 112 were hanged for drug offenses. It is reported that at least 77 people have been executed between January 1st and May 20, 2018. Three of them were juvenile offenders. Four were hanged in public spaces. Sixty-two were charged with murder, seven were executed for Moharebeh (being an “enemy of God”), seven for rape, and 1 for drug offenses.

The new amendments limit the use of the death penalty to those who have been carrying or have used weapons while trafficking, sponsoring or organizing narco gangs and inducting children under the age of 18, or people with intellectual disabilities into such gangs. It also reduces the sentences of those sentenced to death or life imprisonment.
However, the first death sentence for drug offenses may indicate that a finalization of the review of death sentences for drug offenses, at least in some provinces of the country.

Human rights activists commented on the report, “We welcome the reduction in the use of the death penalty and hope that this trend will continue towards complete abolition. However, we have several serious concerns regarding the process of implementation of the new amendment [to the Anti-Narcotics Law] including bribery in the Judicial system, insufficient capacity to handle a large number of cases, and lack of a monitoring organ overlooking the process.” He added, “Several thousand lives are at stake and we, therefore, call for an international commission monitoring this process. We demand that the review also include the question of due process. For instance, did the prisoners have access to a lawyer after their arrest and were the prisoners subjected to torture to give confessions?”

The Vice-chairman of the regime Parliament’s Legal and Judicial Commission, Yahya Kamalipour, has stated that 90% of drug abusers in recent years have been forced into drug trafficking because of poverty. He said, “Being a judge and judicature chief for 20 years, I am well aware of the conditions of the prisoners and their families. 90% of those who were executed in past years, were just carriers of the drugs to earn some money, for instance, to afford the daughter’s wedding expenses or to pay for their mother’s surgery bill. They even did it for a million Tomans (around 140 USD), and were eventually sentenced to death for this amount.”

According to reports, despite the fact that the death sentences of many prisoners changed to prison terms and fines, there are still serious concerns, such as:
-Corruption in the Iranian judicial system
-Insufficient resources
-Lack of independent supervision of case review
-Need for a fair trial
– Disproportionation between crime and punishment

The new law may reduce the number of executions related to drug crimes, but the international community should monitor the process of reviewing the cases, and call for the Iranian authorities to be transparent. Currently, the same judges who originally issued the death sentences are reviewing the same cases.

A system for reporting to an international observer delegation regarding the process is called for by Humanitarian organizations, who also ask that the Iranian judiciary and authorities provide the United Nations with a list of all those who are sentenced to death so that the UN can have more transparent monitoring ability. Additionally, they request that access to the list of all prisoners sentenced to death for drug offenses should be available to the United Nations Office on Drugs and Crime, to monitor the process of conversion of death sentences.

Until these reforms are fully implemented, the European Union and countries involved in UNODC projects in Iran are asked not to resume their financial assistance.