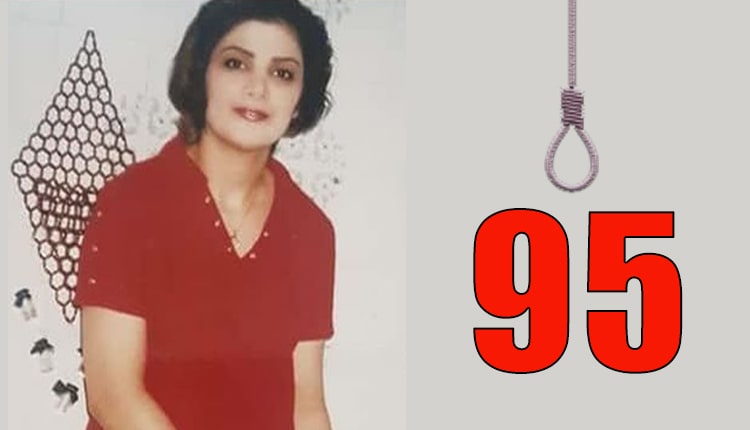 On Thursday morning, September 26, 2019, Iranian authorities executed Leila Zarafshan. Leila Zarafshan, the 95th woman executed in Iran during Rouhani’s term in office since 2013, was in prison for five years on charges of murder.

Iran is the only country that executes juveniles and holds the highest number of female executions in the world.

Iranian authorities also executed 11 other people in the past two days. The horrific executions of the prisoners identified as Rauf Azadikhah, Shahaboddin Mohammad Pour, and Ebrahim Ahmadi Pour were carried out in Urmia Prison, northwest Iran on Thursday, September 26.

Since the appointment of Ebrahim Raisi, a man who took part in crimes against humanity in the 1988 massacre of 30,000 political prisoners, as the new chief of Iran’s judiciary, the human rights situation has swiftly deteriorated in Iran.

Iran’s judiciary also sentenced a man to death in May for his affiliation with the People’s Mojahedin Organization of Iran (PMOI/MEK).

34-year-old Abdullah Ghasempour was arrested on May 21st, 2018 for setting fire to a Revolutionary Guards (IRGC) Basij base, filming the event, and sending it to MEK media. On Sunday, the notorious judge, Mohammad Moghiseh, sentenced Ghasempour at branch 28 of Tehran’s Revolutionary Court to death plus eight years in prison on charges of “waging war on God,” “assembly and collusion,” and “membership in the MEK.”