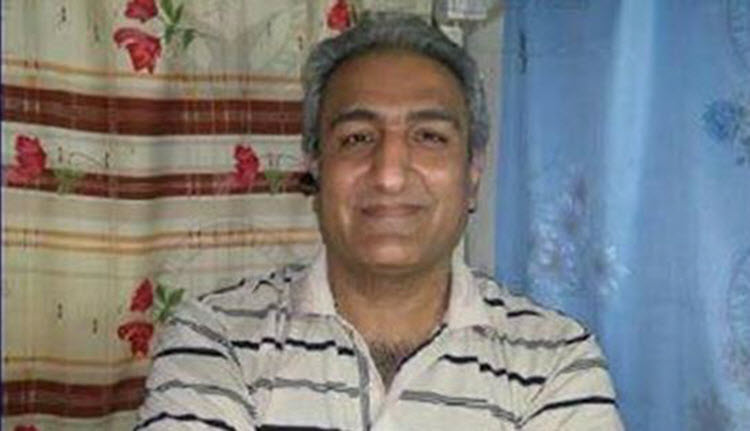 The National Council of Resistance (NCRI) have written an article about the moving open letter that Iranian political prisoner Afshin Baymani wrote and smuggled out of prison. Mr. Baymani has been suffering in Iran’s notorious Gohardasht (Rajai-Shahr) Prison in Karaj for many years.

He suffers from serious heart problems and appeared to suffer from a heart attack on Sunday, after which the authorities refused him medical treatment.

Mr. Baymani, a father of two in his mid-forties, is currently being held in Ward 4 of Hall 12 of Gohardasht Prison. He has been imprisoned here and in Tehran’s notorious Evin Prison for the past 16 years for allegedly helping his brother evade arrest. Originally sentenced to execution in 2000, it was changed to life imprisonment in 2006.

In the letter (which can be read in full on the NCRI’s website), he says: “Bring my noose.”  He recounted how he had dealt with many disappointments over the years. He was firstly told that he would be “soon” set free, then he was told by a judge he would not get more than a five-year sentence.

One day he was made to sign a 20-page file that had nothing to do with him. He felt he had no choice but to sign it, faced with the term “execution”.

He said: “After a while I was under so much duress that I wished that they would execute me. For five years this suffering endured for me and for my family.”

Mr. Baymani recounted the time when he was transferred to solitary confinement with other prisoners who were on their way to execution. Trying to be of comfort to these people, he was completely unaware that he too was being taken to meet the same fate. When he learned that he was facing execution he said that could not control his trembling body. He said: “For several minutes I was dazed. Then, for several hours I uncontrollably wept for my wife and my two dear children. I didn’t want to leave them alone. Hours passed by that are just indescribable.”

Days passed and he was not executed. He learned that his sentence had been changed to life imprisonment.

During his seventh year in prison he saw an interrogator and told him that he wanted to be executed “to escape this humiliating life”. The interrogator told him with a smile that he would be treated in a way that would make him “wish death a hundred times a day”. He is now beginning to see the truth in this.

Mr. Baymani calls on “all international and Iranian institutions to at least call on the regime to return to me my death sentence and to hang me along with dozens of my cellmates that are hanged every week in this slaughter house of Gohardasht [Prison] so that I can finally be set free from this life which is full of lies, hatred and deception and so that I no longer have to suffer witnessing the execution of my friends.”

He ended his heart-wrenching letter with: “Bring my noose; I long for it …”