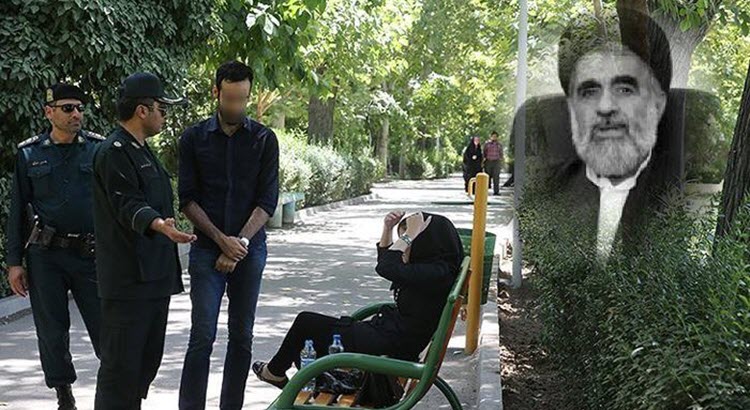 The secretary of the suppressive “Promotion of virtue and prevention of vice” institute, Mullah Ahmad Zargar, announced that special branches “to process the cases of the institute have been established in the justice departments throughout the country, as well as the Court of Justice and the Supreme Court”. The purpose of this is to speed up the processing of files related to those arrested by this institution, according to a report by the National Council of Resistance of Iran (NCRI).

He also said that “Directives for the formation of councils of ‘Promotion of virtue and prevention of vice’ in organizations, ministries, religious boards, and even mosques” have been issued.

A communiqué was issued by security forces in which it was emphasised that it is essential to “adhere more to morality and hijab and avoid abnormalities” during the month of Ramadan. The communiqué also advises all drivers and passengers on public and private transport of the need to “avoid showing breach of fasting, creating noise pollution, and acts contrary to religious observations”.

Qom’s Prosecutor Mostafa Barzegar Ganji, using the pretence of “promotion of public security and tranquillity” during Ramadan, said that the security forces are going to “inspect homes and numerous hideouts”.

The prosecutor for Golestan Province also said that 74 lashes in public will be given to those who do not observe fasting.

The deputy commander of security forces in Khuzestan, Colonel Salehi, said that there will be an increased presence of police and foot patrols in “the city, passages, streets and around religious places”.  He said: “to observe the sanctity of Ramadan, citizens ought to seriously avoid showing non-observance of fasting or dressing inappropriately in public places, guild units, recreational areas, business complexes, and public streets… drivers of public or private vehicles should also avoid any showing of non-observance of fasting, creating noise pollution, and abnormalities.”

Hamadan police have also announced that special patrols have been set up for the month of Ramadan.

The NCRI observe that the Iranian regime is using the occasion of Ramadan to “ramp up its recent repressive measures to confront the expansion of popular protests”. They say that the recent increase in executions, arrests, lashings of hundreds of young men and women for participating in festivities, inspection of 1025 guild units, sealing of 10 gardens and 32 coffee shops and teashops and restaurants in Fars Province, sealing of 19 clothes stores on the pretext of “selling unconventional and non-permissive clothing” in Tabriz, and sealing of 15 beauty parlours in Alborz province are all example of repressive measures used against the people of Iran.