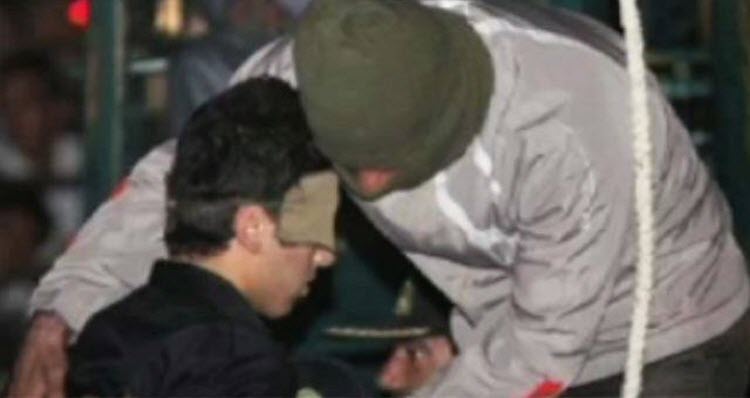 The National Council of Resistance of Iran (NCRI) have reported that 21 people have been hanged in Iran since Monday, one of which was in public.

In the Central Prison of Urmia (Orumieh), north-west Iran, on Tuesday 17th May, six men were hanged collectively. These men were serving a prison sentence for drugs-related charges in Ward 15 of the prison.

In the north-eastern city of Mashhad, on the same day, a man was hanged in public. Photos can be seen on the NCRI’s website. He was hanged at 7am in Mofatteh Square in the city. The NCRI say that his sentence had been upheld by the regime’s Supreme Court.

It has also been reported that the regime’s Prosecutor in Yazd Province confirmed that six people had been hanged in the central Iranian province on Tuesday. Three of these victims were identified by initials: Ch. R., A. S., and A. B.

Two other people were hanged in the same province on Tuesday, according to the state broadcaster IRIB.

Two men were hanged on Wednesday in the Central Prison of Urmia. They were identified as Dariyoush Farajzadeh and Ghafour Qaderzadeh.

Another two men were hanged on Wednesday in a prison in Yasuj, central Iran, according to Mehrdad Karami, the regime’s prosecutor in the city. The men, whose names were not given, were 26 and 34 years old, he said.

A man, only identified by his initials S. R., 31, was hanged on Wednesday in a prison in Sari, northern Iran, according to the regime’s judiciary in Mazandaran Province.

A separate report from Isfahan, central Iran, said that a prisoner was hanged in the city’s notorious Dastgerd Prison on Monday, May 16. He was identified as Malek Salehi, 35.

Ms. Farideh Karimi, a human rights activist and member of the National Council of Resistance of Iran, commenting on the hangings, said that the high rate of executions in Iran is deeply concerning.

She adds that what is even more worrying is that “there has not been an appropriate response by the international community or human rights groups to the appalling state of human rights in Iran”.

In the “latest in a line of draconian punishments handed down and carried out”, the regime cut the fingers off a man last week in Mashhad.

Last month the NCRI said that the increasing trend of executions “aimed at intensifying the climate of terror to rein in expanding protests by various strata of the society, especially at a time of visits by high-ranking European officials, demonstrates that the claim of moderation is nothing but an illusion for this medieval regime.”

In their annual report about the death penalty, Amnesty International acknowledged that Iran executed at least 977 people in 2015, compared to at least 743 in 2014. They highlighted that “Iran alone accounted for 82% of all executions recorded” in the Middle East and North Africa.

The NCRI add that during Hassan Rouhani’s tenure as President, more than 2,300 people have been executed. Rouhani, the “moderate” president, explicitly endorsed the executions as examples of “God’s commandments” and “laws of the parliament that belong to the people.”