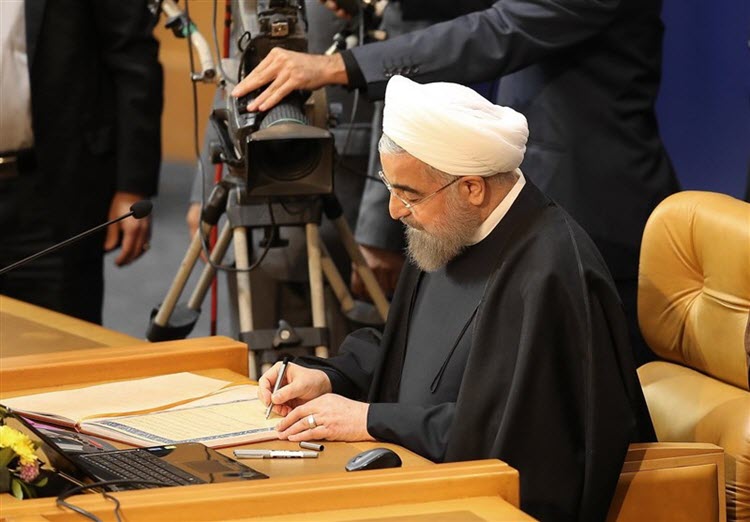 The Iranian Regime released a “Charter of Citizens Rights” on the same day that the UN General Assembly condemned the systematic violation of human rights within the country.

Hassan Rouhani’s absurd statement on human rights within Iran is merely a rehash of their Constitution (and a clumsy one at that). This is similar to the statements used by Rouhani in the run up to the 2013 elections, where he attempted to convince the international community, that he was a moderate.

Hopefully, this tactic will not work in the 2016 elections; we’ve seen Rouhani’s idea of moderation and it’s truly terrifying.

• the absolute power of the Supreme Leader

That is merely the beginning; the first article states: “The right to life cannot be denied from citizens except in accordance with law”.

Over 3,000 citizens have been executed during the reign of Rouhani; most of them for non-violent offences like opposing the government.

When Rouhani spoke about women’s rights; he failed to note that Iranian law denies economic, social and political rights to women, and when he spoke about the freedoms of Iranians, he didn’t mention the secret police forces who work to subvert freedom.

The Regime even has the gall to claim that their export of terrorism and war was “combating violence, extremism and in defence of innocent people’s rights”. They spend stolen money to fund suppressive campaigns against their own people and civilians in foreign countries.

The Iranian Regime claim to be confronting terrorists but make no mistake, they are the terrorists.