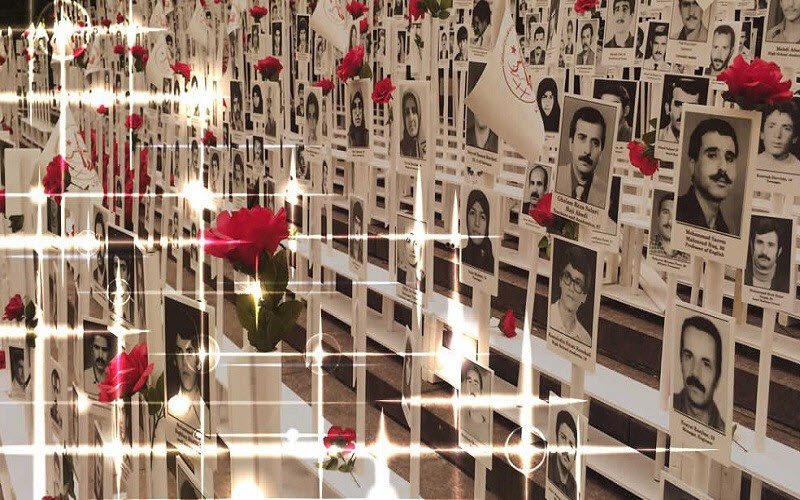 Toward the end of the war between Iran and Iraq, during the summer of 1988, the first Supreme Leader of the Islamic Republic, Ruhollah Khomeini, issued a fatwa that resulted in a nationwide massacre of Iranian political prisoners. All people who remained loyal to supporting the People’s Mojahedin of Iran (PMOI/MEK) were executed.

The unpunished crime of the 1988 massacre of political prisoners in Iran is in our thoughts on this Holocaust Memorial Day.

Former appeal judge at the UN Special Court for Sierra Leone and human rights barrister Geoffrey Robertson, describes the 1988 massacre of over 30,000 political prisoners in Iran, as the worst crime against humanity the post-World War has ever seen.

At the end of July 1988, the executions began. The vast majority of the victims were members and supporters of the PMOI/MEK, but the order extended to other groups, as well. No one was spared — even young girls and pregnant women were hanged. By the end of July, the killings had peaked, but they continued until mid-August, and even into autumn.

In his haste to rid the country of dissidents, Khomeini alienated his heir and successor, Hossein Ali Montazeri, who was the country’s second highest authority at the time. Montazeri urged the Supreme Leader and regime officials toward leniency and a slowdown. In audio tapes released last year, he is heard telling them, “In my opinion, the biggest crime committed under the Islamic Republic for which we will be condemned by history, has been committed at your hands. Your names will appear amongst those of the criminals in history.”

Reports by survivors, and families who were called to collect the bodies of their loved ones, as well as from scattered acknowledgments made by the regime’s former officials, have allowed us to piece together information about what happened during the massacre, although 30 years later, the regime continues to deny its occurrence. However, we know that prisoners were firm and resilient and inspired resistance.

And still, executions continue unabated in Iran. Iranians from across Europe will gather in Paris on Friday, February 8th, 2019, to demonstrate against 40 years of the Iranian regime’s tyrannical rule. They will to call for justice for the victims of the 1988 massacre. More than 200 associations will be calling “No” to executions, and “No” to human rights violations in Iran. Their voices will be raised in support of a free Iran.

Elham Zanjani of the Women’s Committee of the National Council of Resistance of Iran (NCRI) says, “It is finally time to hear their call.”