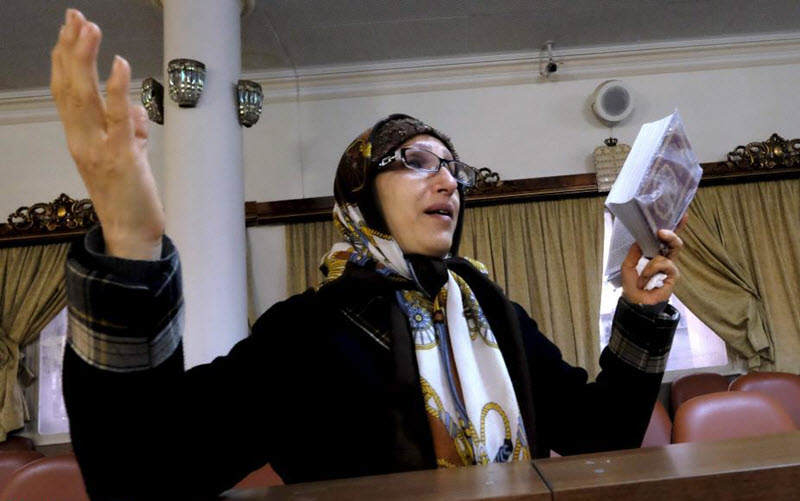 We’ve spoken a lot on here about the Iranian Regime’s propaganda campaign, which combines fake news, disinformation agents, and cherry-picked examples to present a PR-friendly version of the mullahs.

Now, it’s time to talk about the Regime’s efforts to disguise their anti-Semitic rhetoric as legitimate opposition to an evil Zionist enterprise, which has sucked in some major US news organisations.

For years, the mullahs have attempted to present themselves as tolerant towards Jewish people, despite a major decline in the number of Jews in Iran occurring under the Regime, and they have used the Iranian parliament’s token Jewish member Dr Ciamak Morsadegh, who is also director of the Teheran Jewish community, to do so.

In Western media Morsadegh frequently denounces Israel, praises Jewish life in Iran, and calls for the removal of sanctions on Iran. He even accompanies President Hassan Rouhani on trips abroad to trick media outlets into describing Rouhani as tolerant, ignoring his blatant attacks on Israel.

Of course, life for Jewish people in Iran since 1979 is no pretty picture. They are a religious minority in Iran and, like all other minorities, are often subject to attacks from the Regime, who have denied the Holocaust on numerous occasions, keep Jewish people away from senior government and military positions, and often accuse Iranian Jews of vague national security charges.

Even Reza Sayah, a noted Iran propagandist was forced to admit in a recent segment for PBS NewsHour featuring Morsadegh that many Jews left Iran “fearing for their safety”. Morsadegh still tried to put across that life for the Jewish community in Iran was improving.

This is progress compared to older media reports, but it’s still not the whole truth. The programme did not investigate the worst of Iran’s behaviour towards the Jewish community, preferring to paint the idea of these abuses being a historical fact rather than a current reality, and completely ignored the fact that anti-Semitic rhetoric is not just the premise of the hardliners, but rather every mullah.

The US State Department’s latest International Religious Freedom Report on Iran reveals damning information about attacks on synagogues in Shiraz that are reminiscent of Kristallnacht, while Iran experts recently found that “anti-Semitism is not only central to the regime’s identity; it’s also inextricably tied to its soft-power propaganda aimed at the larger Muslim world”.

Now, media organisations should be impartial and make efforts to showcase every viewpoint, although few do. However, PBS is partly funded by the US government, so it is even more worrying that it is seeking to promote a foreign dictatorship’s propaganda campaign.