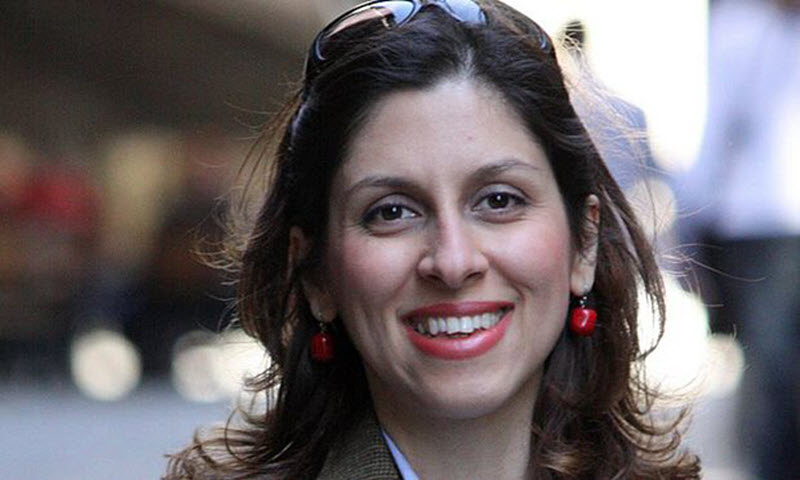 Iranian president Hassan Rouhani is often lauded as a moderate because he publically calls for increased ties with the West and skilled Iranians abroad to return to the country, but the treatment of dual nationals in Iran shows that Rouhani is anything but, according to political scientist Dr Majid Rafizadeh.

There are at least 30 dual nationals being held in the notorious Evin Prison in Tehran on trumped-up national security charges. One such unjustly detained person in Nazanin Zaghari-Ratcliffe, a British charity worker who took her baby daughter Gabriella to visit family in Iran in April 2016 and has spent nearly three years behind bars.

Zaghari-Ratcliffe, who works for the Thomson Reuters Foundation, began a three-day hunger strike on January 14, in protest at her poor treatment by the Iranian authorities and lost three kilos as a result.

Since she was arrested, Zaghari-Radcliffe has been denied family visits, medical treatment, access to a lawyer, and a fair trial, while the British government’s efforts to get her released or at least get her the medical treatment she needs have failed.

Now her imprisonment is “becoming a matter of life and death”, according to Tulip Siddiq, the MP for Hampstead where Zaghari-Ratcliffe lives. Her family even said, during an appeal for intervention by the United Nations, that the over 1,000 days that Zaghari-Ratcliffe has spent in jail as of January 2019, amounts to torture.

All of this comes while Iran’s ambassador to the UK tweets that “dual citizenship per se is not considered a crime or violation of law, and no one is prosecuted [in the Islamic Republic] for that reason”.

The UK’s shadow foreign secretary, Emily Thornberry, said:” When the Foreign Office says Iran is holding Nazanin for diplomatic advantage, Tehran needs to realize that in fact, the opposite is true. For her every day they continue her unjust detention, they are simply burying their own diplomatic grave.”

Britain may be surprised that one of their citizens is being targeted in this way, especially as the UK has been trying to save the 2015 nuclear deal, which largely benefits Iran, but the UK needs to know that the Regime will not sacrifice its revolutionary ideology for economic interests.

Dr Majid Rafizadeh wrote: “In other words, a crackdown on dual nationals, foreign dissidents, and taking hostages are core pillars of the regime’s theocratic establishment which were set by its founder, Ayatollah Ruhollah Khomeini in 1979… The treatment of dual nationals is continuing to deteriorate in Iran. Due to the core pillars of the theocratic establishment, the Iranian regime cannot help but pursue its revolutionary principles which include targeting dual citizens. The West can assist its imprisoned citizens by imposing economic and diplomatic pressures on the Iranian regime and those organizations or authorities who are engaged in such human rights abuses.”