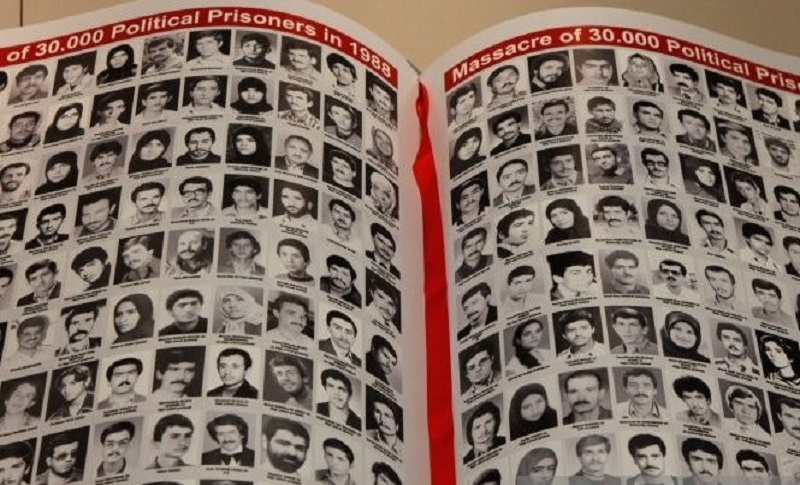 During the course of summer 1988 in Iran, more than 30,000 political prisoners were executed by the religious dictatorship ruling the country in what has become known as the 1988 massacre.

The religious decree, or Fatwa, issued by the Supreme Leader at that time, ordered the execution of all prisoners that remain steadfast in their support for the People’s Mojahedin Organization of Iran (PMOI, Mujahedin-e Khalq or MEK).

This crime against humanity has still gone unpunished, with the officials involved not only enjoying impunity for the past three decades but also being promoted to high levels of authority in the country.

The families of those that were killed have been seeking justice for their loved ones, but they have been systematically silenced by the regime and largely ignored by the international community.

For nearly 30 years, the families of the victims of mass executions in 1988 have been seeking answers but their voices have been silenced in Iran and ignored by the international community.

However, in 2016, the Iranian Resistance(PMOI/MEK) launched a movement to obtain justice and the efforts still continue. Witnesses and survivors have testified and new documents with information about the victims and burial places have been brought to light.

The efforts made have led to international condemnation and it is certainly putting pressure on the regime.

When Ebrahim Raisi was introduced as a candidate for the Supreme Leader’s faction in 2017, videos surfaced immediately, highlighting his role in the 1988 massacre as part of a so-called “death committee” that was charged with overseeing verdicts for the unlawful executions. His nomination as a presidential candidate enraged the people of Iran. Later, he was appointed by the Supreme Leader as the head of the judiciary.

Families seeking justice have been denied the truth about the executions of their loved ones – why they were killed, where they are buried, and those that persist asking authorities are continuously harassed. Many have been imprisoned, such as Maryam Akbari Monfared who was arrested 10 years ago and sentenced to 15 years imprisonment. She was seeking justice for the execution of four of her siblings, who were supporters of the MEK, and she was told by a judge that she was paying the price for their opposition.

Regime officials who were once silent on the matter have been defending the massacre of MEK members in recent months, with Mostafa Pour Mohammadi saying that it was necessary to kill the “enemies” when the country is at war. He said during an interview with a state-run publication that the authorities could not be expected to protect the citizen and human rights “in the middle of a battlefield”.

There are calls for the United Nations to launch an independent investigation into this horrific crime against humanity. An investigation is long overdue and it must be carried out before the regime destroys any further evidence.

The criminals that organized and carried out the 1988 massacre of MEK members and supporters and other political dissidents, must be held accountable for their crimes and the international community has a responsibility to make sure this happens.