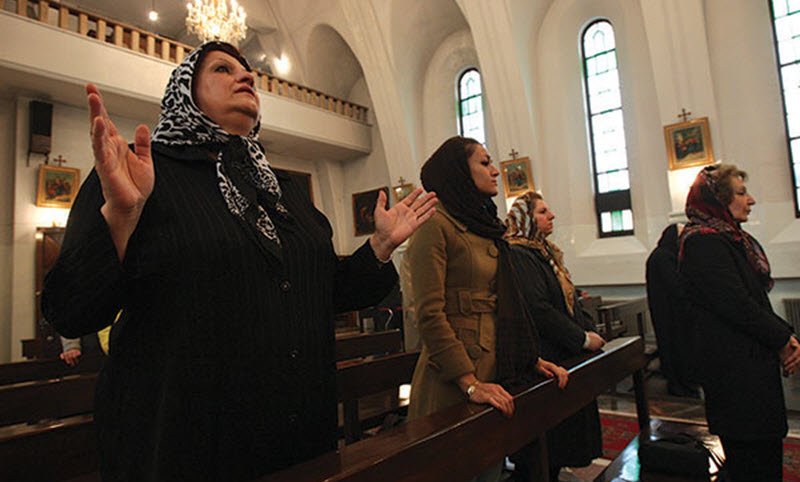 Christians in Iran are asking for prayers from the international community as the Regime’s authorities continue their attacks against the minority religious group.

In one of the most recent incidents, agents of Iran’s feared Ministry of Intelligence (MOIS) and EIKO, an organization controlled by Iran’s Supreme Leader, raided the Evangelical Presbyterian Church of Tabriz on May 9, according to advocacy group Middle East Concern (MEC). The MEC explained that the agents changed the locks, “tore down the cross” from the church tower, installed surveillance equipment, and ordered the churchwarden to leave.

The church members had anticipated problems because pastors from other congregations were banned from visiting the Tabriz church for a joint Christmas worship service in December, according to several Christians familiar with the situation.

The church belongs to the Assyrian Presbytery denomination, which is made of ethnic Assyrians. It’s building was “confiscated” by the IRGC’s “Revolutionary Court” in 2011, but the Christians were allowed to continue meeting there, provided their services were only conducted in Aramaic, the Assyrian language.

Other churches were not so fortunate. Many Farsi-language churches in Iran closed between 2009 and 2012, with their leaders warned against conducting services for ethnic Persians who speak Farsi, the most-common language in Iran. Other churches were officially allowed to continue, but the MEC said last month’s raid shows that “the Iranian regime continues to oppress the church and confiscate church property”.

Other Christians are also facing discrimination in Iran. In March last year, EIKO agents confiscated the Assemblies of God Church’s Garden of Sharon Christian retreat centre, claiming that the AOG was funded by the US Central Intelligence Agency (CIA) as a cover for spies.

Iranian officials have denied wrongdoing and claimed that the government respects the rights of religious minorities mentioned in the Constitution, including Zoroastrians, Jews, and Christians, but their actions show their true nature.

Indeed, many pastors and other believers are being held behind bars purely for exercising their faith, while many Christian converts from Islam are pressured to recant or face vague “national security” charges.

The MEC and Iranian Christians have asked for prayers at this difficult time that Christians of all ethnicities, creeds and language groups, including converts from Islam, will enjoy religious freedom. They also asked people to pray that “the Lord will encourage and comfort the pastor and congregation of Tabriz Evangelical Church [and that the] Iranian regime will be responsive to national and international calls for the protection of religious minorities and their property.”