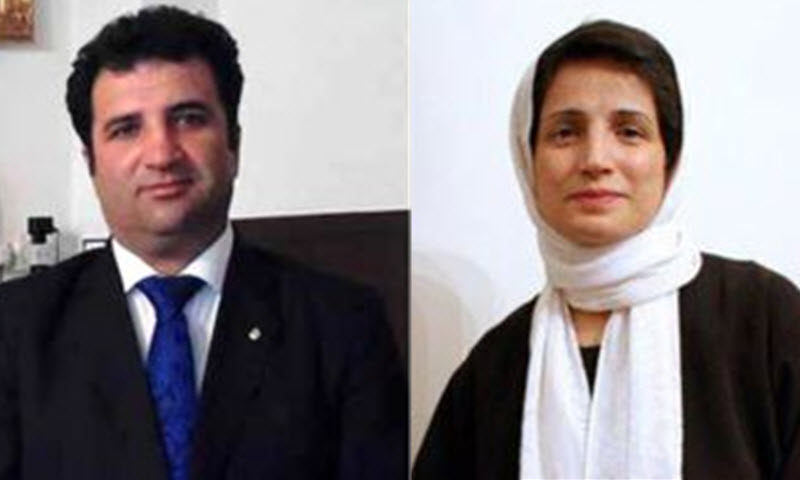 The Iranian regime is being put under increasing pressure by the people of Iran. The people have been protesting and holding anti-government demonstrations for almost a year and with every day that goes past, the Iranian regime is realising that the threat is not going to dissipate.

The regime has ramped up its crackdown on the country’s lawyers and in the past few weeks there have been at least three lawyers that have been sentenced to long prison terms because of their human rights activities.

Human rights lawyers Arash Keykhosravi and Qasem Sholehsadi were sentenced to six years imprisonment by a revolutionary court on Monday this week. The two lawyers were arrested in August while participating in a demonstration in front of the parliament building.

Another human rights lawyer, Mohammad Najafi, was already serving a three-year sentence when an additional 13 years were added. He was originally sentenced for exposing torture methods that are prevalent in Iranian prisons, but authorities have added further charges.

Human rights organisations around the world are deeply concerned about the situation. Already, many dissidents are getting arrested and now their lawyers also risk being arrested and thrown into jail. This is a complete violation of human rights that must immediately be stopped.

Lawyers are there to protect the rights of the people who are being accused of crimes, but they are clearly too much of a threat to the regime. Prisoners in Iran are treated very badly – they are denied due process during their trial, they are forced to make confessions, they are tortured in prison, they are denied clean water and food, and so on. So preventing them from having access to a lawyer of their choosing is another abuse of the most basic of human rights.

Many dissidents are arrested and charged with crimes such as “insulting the Supreme Leader”, “propaganda against the state” and even “assembly and collusion to act against national security”.

Human rights defender Nasrin Sotoudeh and her husband Reza Khandan were arrested earlier in the year. They were protesting – peacefully – against the compulsory veiling laws that are imposed on women. They were arrested along with Farhad Meysami who is said to have been on hunger strike since the beginning of August. Meysami’s condition is reportedly very critical.

Sotoudeh, as well as facing charges for representing women who are against compulsory veiling, also faces charges for her involvement with a nongovernmental organisation that wants to reduce the amount of executions taking place in the country.

International human rights laws expressly permit the peaceful gathering of people and state that they should have no restrictions placed on them. Laws, which Iran is party to, state that peaceful gatherings are an essential component to democratic society. Iran completely disregards this, as well as the conventions that allow lawyers to carry out their work without interference, harassment or intimidation.

The Iranian regime’s crackdowns, however, are not intimidating the people. If anything, they are making the people’s desire for regime change even stronger.