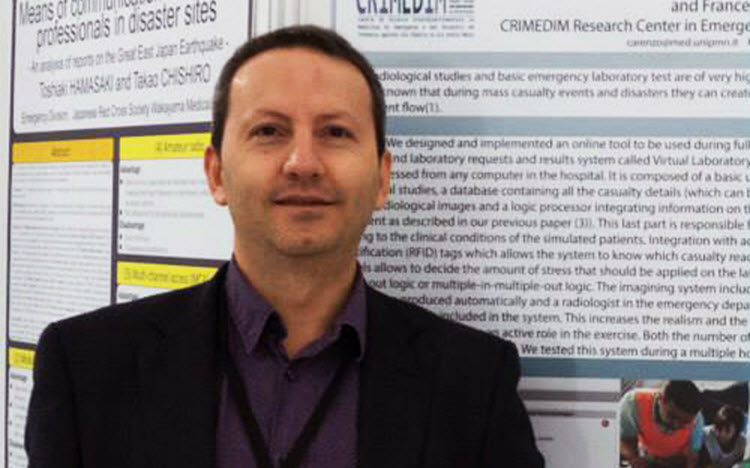 In Iranian-born scientist who is now a resident of Sweden may be facing the death penalty in Iran.

Ahmadreza Djalali, 45, a doctor who specialises in disaster medicine, was arrested last year while visiting Iran. He was on his way to visit family after attending a conference.

Vida Mehrannia, his wife, said that the father of two was being charged with the death penalty for “collaboration with enemy states”.

According to Amnesty International, since his arrest in April last year Dr. Djalali has been kept at the notorious Evin Prison in Iran’s capital. They also said that he was not given access to a lawyer on 31st January when he was taken to Tehran’s Revolutionary Court where he was told he has been arrested for espionage.

His defence lawyer said that an indictment has not yet been issued and there was no date for a trial.

Dr. Djalali started a hunger strike on 26th December last year after officials tried to force him into signing a confession. There are several other political prisoners who are also protesting their sentences by partaking in a hunger strike.

Dr. Djalali was attending workshops in Tehran and Shiraz that he has been invited to. Ministry of Intelligence officials arrested him without a warrant. He was then forced to undergo intense interrogations and was put under a tremendous amount of psychological and emotional torture.

He was also denied visits from his lawyers.

The Swedish authorities have also helped. The Swedish Embassy in the Iranian capital has requested “consular access” to Dr. Djalali, but it still waiting for a response.

Swedish Prime Minister Stefan Lofven has received criticism from critics who urge him to use this issue in discussions about sanctions against Iran.

The organisation United Against Nuclear Iran called on the Swedish government to stop dealing with Iran in business matters.

The Foreign Minister of Belgium has also taken an interest in the case. The rector of the Vrije Universiteit Brussel, Caroline Pauwels, where Dr. Djalali taught, said that he has been involved with some very important research.

Dr. Djalali’s wife initially told his colleagues that he has been in a car accident and was in hospital receiving treatment, thinking that it would be better for his case to remain silent about the truth. However, when she realised this was not the case she decided to tell his colleagues the truth. This resulted in numerous social media campaigns to help Dr. Djalali’s case.

Dr. Djalali has been denied consular assistance from the Swedish Embassy because Iran does not recognise dual citizenship.