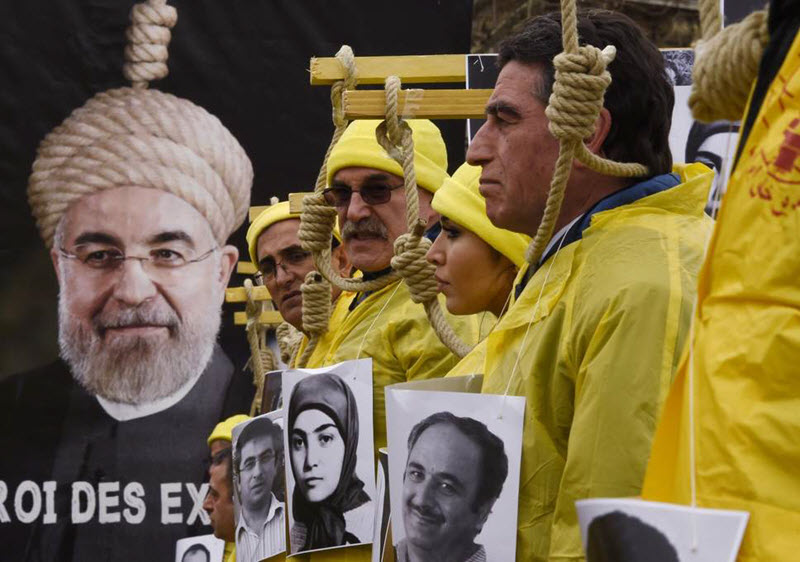 The following is a brief overview of human rights abuses that took place in Iran between September 23 and October 22, using information gathered from activists on the ground. Unfortunately, due to the difficulties of ensuring a comprehensive assessment, the incidents included are believed to be just a fraction of the true extent of human rights abuses.

This report also talks of executions, child abuse, mass arrests, violation of freedom of expression, labour abuses, violation of prisoners’ rights, and unchecked environmental pollution, so it does not make for an easy read.

Iran is the leading executioner per capita in the world, so it is not a surprise that they have used the death penalty against 25 people, including one juvenile offender, or that four of these people were executed in public.

In addition, more than 20 people, including a juvenile offender, were sentenced to death.

Many people across Iran were arrested, convicted, summoned, or censored for their beliefs in the past month. Here are some notable examples:

• Six Arak residents arrested during the January protests were arrested

• Six individuals connected to the Freedom Movement of Iran were arrested

Prisoners in Iran are often subjected to the worst conditions, including cruel and unusual punishments, denial of medical treatment, and lack of access to nutritional food or basic hygiene.

In the past month alone, guards have punched a political prisoner on his cancer surgery site, beaten several political prisoners inciting a hunger strike, forced prisoners to undress outside in the cold, before beating them. They also denied medical treatment to several prisoners, which resulted in a death at Zahedan Prison.

Many prisoners are currently on hunger strike because of their conditions, several are being denied visits with their lawyers or families, and at least three have attempted suicide.

Children are the most vulnerable to human rights abuses in Iran, with about 30% of the calls to the national emergency hotline being related to child abuse. While just over 400 of the 429 domestic violence crimes recorded by the office of forensic medicine in Kohkiluyeh and Boyer-Ahmad province in the past six months were of husbands beating their wives.

A more detailed version of the report is available here.