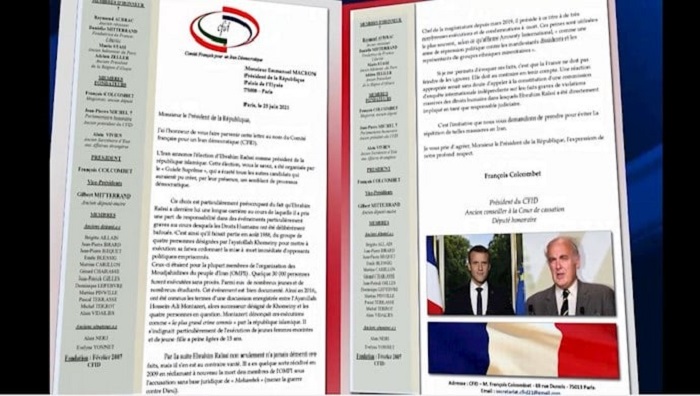 Call for the formation of an international tribunal to investigate the crimes of the Ebrahim Raisi oversaw the early attacks on activists in the November 2019 uprising, as well as the interrogation and torture of thousands of activists imprisoned during and after those events as the head of the judiciary.

Raisi, by his leadership, participated in the massacre of 30,000 political prisoners in the summer of 1988.

Raisi was a member of a 4-person group to execute political prisoners “Death commission”, most of whom were members of the People’s Mujahedin of Iran (PMOI / MEK Iran).

Raisi was appointed to the position of head of the country’s judiciary by Supreme Leader Ali Khamenei in 2019. And now Ali Khamenei had chosen him as Rouhani’s successor.

Raisi’s background is defined, above all, by his leadership participation in the massacre of 30,000 political prisoners in the summer of 1988, the bulk of them were members and sympathizers of Iran’s organized opposition, The National Council of Resistance of Iran (NCRI), and the People’s Mujahedin of Iran (PMOI / MEK Iran).

Regarding the massacre, the late Hussein-Ali Montazeri — one of the Islamic Republic’s founding fathers, as well as a human rights activist, an Islamic theologian, and the intended successor to the Islamic revolution’s Supreme Leader Khomeini until Khomeini’s death said:

“I believe this is the greatest crime committed in the Islamic Republic since the [1979] revolution and history will condemn us for it… History will write you down as criminals.”

After that, not only did Ibrahim Raisi not deny these events, but he said he was proud of it.

Raisi appointed as the chief judiciary

He was appointed as Chief Judiciary in March 2019 On this side, many death sentences took place under his supervision. These executions, according to Amnesty International, are often used ′′ as a weapon of political suppression against opposition demonstrators and representatives of minority ethnic groups.

France should not pretend to be unaware of (these events). The proportionate response without a doubt is that a call for the formation of an independent international investigative commission on human rights violations, which Ebrahim Raisi was directly involved in as a government judicial official. We call for this initiative of action by you to prevent such killings from repeating in Iran.

François Colcombe – Chairman of the French Committee for Democratic Iran