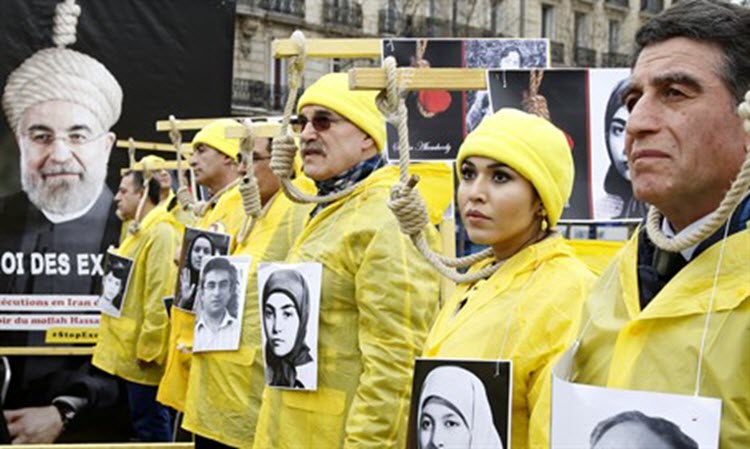 Heshmat Alavi wrote an article reflecting on the end of Hassan Rouhani’s term as president of Iran. He said that during the past four years much as happened. It started out with the West being quite positive about his election (rather selection) as president as it believed it would bring moderation to Iran. But the reality was a presidency that was far from moderate.

He said: “An atrocious rise in executions, continued public punishments and an escalating trend of oppression has been Rouhani’s report card during his tenure. With a new administration coming into town, Washington must make it crystal clear to Tehran that human rights violations will no longer be tolerated.”

Rouhani claimed to be the “key” to the problems in Iran, but he failed to deliver on any of his promises to the people. He has been loyal to social oppression and crackdowns – not the people. Last week alone 18 people were executed.

While the world appeased Iran, Rouhani took this as an opportunity to go on an “execution rampage”. During his presidency, more than 2,500 people were executed – a record for the past two decades.

“Rouhani’s commitment to regime supreme leader Ali Khamenei and the ruling elite has rendered a wide-ranging, escalating crackdown. In addition to the executions mentioned above, state-sponsored social oppression has resulted in horrific scenes of public hangings, floggings, and even limb amputations.”

Alavi explained that prisons are bursting, meaning that prisoners are left to survive in inhumane conditions. Amnesty International recently issued an Urgent Action call because of its concerns regarding the case of Maryam Akbari Monfared, a Green Movement organizer who remains jailed despite her family putting up her bail two years ago.

“The Iranian population is extremely fond of the Internet and millions are actively using social media. Despite its vast censorship efforts, the regime has failed to completely firewall the entire globe from the clever and highly motivated Iranian netizen. Various clips, images, and stories from inside Iran are leaking to the outside world as we speak, revealing ever more the regime’s atrocities.”

He gives the example of the audio recording of the late Ayatollah Hossein-Ali Montazeri speaking to the main officials in charge of the 1988 massacre of more than 30,000 political prisoners in Iran. The recording was proof of the regime’s crime and it greatly moved Iranians all over the world.

A global movement is now demanding that those responsible are held accountable. “The victims of this carnage included members and supporters of the main Iranian opposition entity, People’s Mojahedin Organization of Iran, and other dissident groups and minorities.”

Tehran is terrified of the PMOI because it has support from all over the world. Worryingly for the regime, several key people in Trump’s circle are avid supporters of the PMOI.

Alavi said: “With a new administration set to take the reins in Washington, the opportunity has arrived for America to raise the issue of Iran’s human rights violations. Such outrageous crimes have no place in the 21st century, and all eyes are on U.S. president-elect Donald Trump. Supporting the call to hold all senior Iranian regime officials involved in the 1988 massacre accountable for their crimes is a good start.”