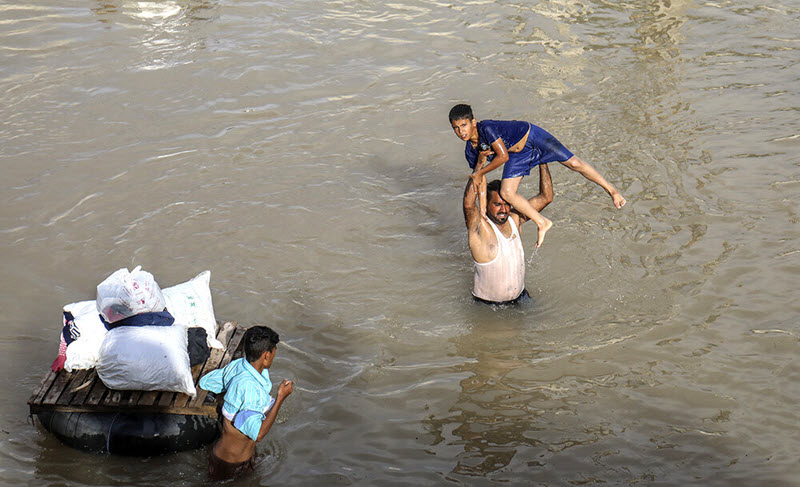 More than two weeks have passed and there is still no sign of international relief for the victims of the devastating floods that struck some two dozen Provinces in Iran. Remarkably, European countries and the US, who usually volunteer relief efforts in natural disasters, have sent messages of sympathy, but no relief efforts have been offered to Iran.

The Iranian regime’s hostile policies seem to have alienated even Russia and China, who are diplomatic supporters of this regime, but have not contributed any aid to the flood victims.

After decades of exporting fundamentalism and terrorism to the region and the world, Iran is facing the consequences — diplomatic isolation, which has obstructed efforts to send any international humanitarian relief to the Iranian people. This is especially harmful when tens of thousands of people have become homeless, with hundreds of cities and villages are totally submerged in flood waters.

President-elect of National Council of Resistance of Iran (NCRI), Mrs. Maryam Rajavi said, “The Iranian regime must assign all its capacity and of the Islamic Revolutionary Guards, IRGC, or any other assets at its possession to the aid of the flood victims. Iran must allow international relief to reach the people, something that the regime is obstructing.”

However, most ordinary Iranians do not believe that their government has the ability to tackle this national catastrophe. In fact, they blame the IRGC for the environmental catastrophe, and the IRGC does nothing to help the people.

Armored vehicles arrived in the early hours of the floods in Shiraz, followed by anti-riot motorcycle forces. However, no trucks or heavy machinery that could be used in floods arrived. Neither did the helicopters or boats that are capable of transferring flood victims from one point to another. More surprising is that not a single military sandbag was made available to the people in the flood areas. The IRGC has numerous engineering units that are able to build floating bridges and roads in a short time, but these units were not dispatched to any of the flood-stricken areas.

Iranian society is on the verge of revolt. Mrs. Rajavi called on the nation, and especially its youth, to form local councils for independent relief action to bring aid to the flood victims, especially in Khuzestan, Lorestan, and Ilam. She pointed out that the only way to overcome the effects of the floods is through national solidarity.