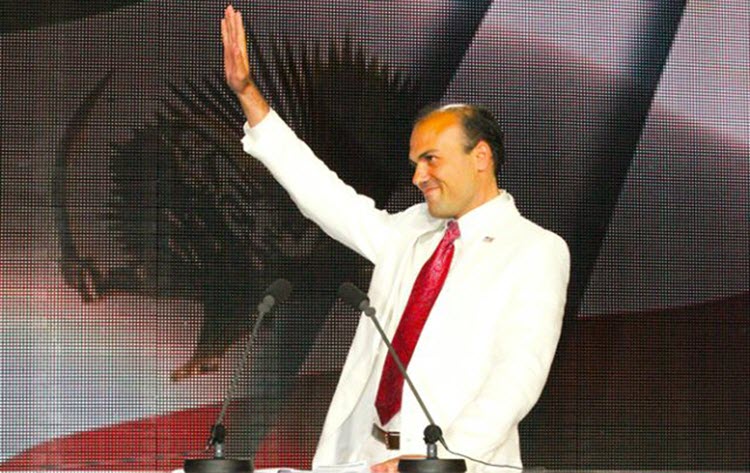 Christian Today’s website has published an article in which they summarised the speech of Pastor Saeed Abedini at the National Council of Resistance of Iran’s (NCRI) rally in Paris on Saturday 9th July. Abedini had been imprisoned in Iran for more than three years simply because of his Christian faith.

At the Free Iran rally he spoke before hundreds of thousands of people, telling him that he believed the “resurrection of the Iranian people” is coming soon provided they stay committed to Jesus Christ. He said he is living proof that each act of resistance [for God] will be a victory. He said: “the message of God in the Bible says that we should resist in the face of tyranny.”

God is “always close to the oppressed” Abedini reassured the crowd. Abedini’s words were intended as a comfort for those who are currently being repressed and facing tyranny and no doubt acted as reassurance that the future will be positive.

He said: “Whoever opens his heart, he will be His friend. The message of the gospel is the message of the love of God. He sent His Son to earth, and whoever is faithful, will have eternal life.”

“We will soon see this rebellion in our country, in our hearts, and in our world, because Jesus Christ is bringing this message. The resurrection of the Iranian people shall arrive very soon.”

Speaking about his time in prison, he said: “For you it’s the end, you will never get out of this prison.” He said that for him it felt like the evil would prevail, but he knew deep down in his heart that “evil will never win”.

The article stated that Abedini did not waste his time in prison. He made the most of his time by often reading passages from the Bible to his prison guards. At time his fellow inmates would also join in his Bible reading. Despite the fact that Abedini and the other prisoners came from different walks of life and backgrounds, he said that they “shared a sense of unity and common understanding”.

He added: “The Iranian people are much more modern and ahead of [their] leaders. The people should be able to choose their friends, their religion, and it’s time to stop the slogans against America and Israel. We love them both.”