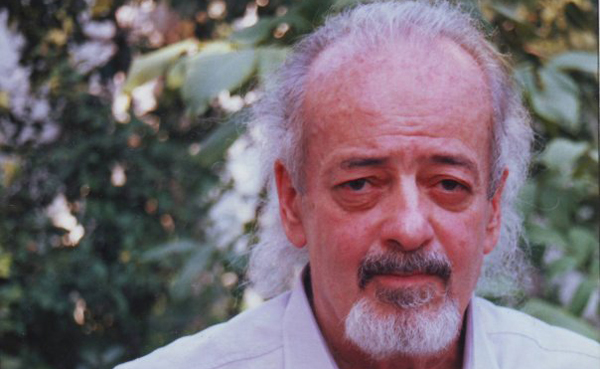 Stop Fundamentalism – HRA News Agency reported Friday that Dr. Mohammad Maleki, the first chanceler of Iran’s worldknown Tehran University following the 1979 revolution has written a shocking letter to Mr. Ahmed Shaheed, the UN Special Rapporteur on the human rights situation in Iran.  In this letter Maleki has highlighted the tragic situation of human rights in Iran and announced that he is ready to testify about tortur and execution of political prisoners in iran and is willing to pay the price.

Dr. Maleki spent a considerable part of his life in Iranian prisons. He was once sentensed to death.  on his last detention he spent 191 days in prison.

Refering to Dr. Shaheed as his brother, Maleki said in his letter that despite his age of 78 and being greatly ill he is ready to testify.  He said he wants to tell Shaheed of young prisoner during 1980s being taken to the gallowes in groups of tens and hundreds every night.

Below is the complete text of letter by Mohammad Maleki to Ahmed Shaheed.

With my salutation for a great humanitarian task that you have accepted and with the hope of your success.

I, Dr. Mohammad Maleki, retired Professor of Tehran University and its first President after the revolution, would like to inform you about a small  part of the blatant human rights violations that are taking place in my country Iran based on my personal experience, and hope this will be a step towards saving my nation from the corruption and cruelty of the rulers against an oppressed nation.

I, too, was one of tens of thousands of people whose human rights have been violated by the despotic, power hungry rulers times and again during past 32 years and I have witnessed many crimes in the Iranian prisons that I mention some of them.

In 1979, after the revolution and after being elected as the president of Tehran University, I did my best to implement one of the goals of the revolution that the University be governed by an elected council of students, professors and staff in a completely democratic election. This was not well received by a regime who had taken control of all the nation’s affairs until finally in a coup called “cultural revolution”, by attacking the universities and massacre of students and injuring and arresting them, they closed down the universities and arrested many protesting academics and executed them after a lot of torture.

The governing council of the Tehran University who was responsible for governing the university protested this. But the regime instead of responding to them arrested a number of them including me and sent them to jails with the excuse of opposition to the leadership (Ayatollah Khomeini).

I was tried in an illegal court without the presence of my counsel and condemned to 10 years in prison. During this period, I faced the cruelest type of treatments including whipping cables on the bottom of my feet and other parts of body, hanging from the ceiling, hitting my head to wall, beating and kicking that resulted in the losing of eyesight in the left eye and breaking of my right wrist, and all kinds of torture. Some torture marks are still visible on my body. I was apparently freed from prison after five years but I ought to present myself to the prosecutor’s office every few days in order to be interrogated that was a type of torture itself.

In 1990, along with dozens of religious-nationalist activists, I was arrested once again under the pretext of trying to overthrow the regime, and imprisoned for six months in one the most dreadful IRGC prisons (Eshrat Abad) in solitary confinement (1m x 2m); According to jurists and psychologists, imprisonment in these cells are called white torture.

After about seven months bearing the prison (white torture) I was freed to be tried and was sentenced to 7 years suspended jail term in a closed door, illegal court.

On August 22, 2009, while I had prostate cancer, high blood pressure and arrhythmic heart disease, and I was doing chemotherapy, a number of Ministry of Intelligence agents invaded my home in the early hours, confiscated many of my books, searched my home and took me from my bed directly to Evin prison, Ministry of Intelligence section (ward 209) where I was imprisoned in a solitary cell for three months. I got all kinds of humiliation and insults during interrogations and because of my critical writings and statements, I was charged with Moharebeh and insulting Mr. Khomeni and Khamenei (leaders of the Islamic Republic). Finally after 191 days imprisonment, due to severity of my sickness for which I went to hospital several times, they gave me medical leave so that chemotherapy can be continued and installation of heart beat regulator can be done.

Recently I was called to be tried in a closed door court which is against Islamic Republic’s own laws to face the Judge’s verdict and now I am passing very difficult and torturous days of awaiting verdict. I am a 78 year old elderly and a sick man but ready to encounter any verdict because my goal has been, is and will be fighting against injustice and suppression of Iran’s rulers. I am relying on God and the people and I am not afraid of any consequences. My wish is to meet you and tell the truth about what has happened in Iran over the past three decades and the suffering of the people.

I will testify that how in the 1980s young prisoners and students, men and women, were taken after a lot of torture, in the tens and hundreds, each night, to be executed and they were chanting songs while going to their destiny. I am ready to tell you the facts that I was a witness of in the prisons of Velayat-Faqih system (supreme leadership) and I am ready to pay the price for it.

At the end, in the name of one Iranian, I hope you are successful in your task. Be sure that God is with you.

Hope to meet you.