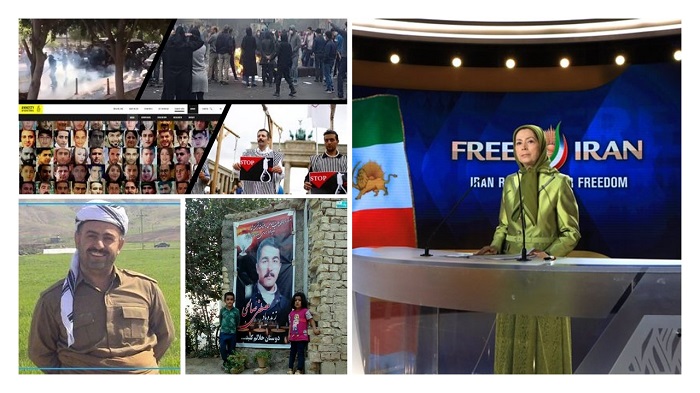 Maryam Rajavi, the President of the National Council of Resistance of Iran (NCRI), called on August 10 for the international community to take immediate action to save the lives of political prisoners and protesters detained in Iran as the ruling regime has begun to issue (and carry out) death sentences in order to suppress uprisings.

This intimidation tactic can be seen in several different cases:

Executions are intended to intimidate people and make them hesitate before standing up against the repressive regime. Particularly considering that the #MEK’s Resistance Units organize so many of the protests in #Iran.#FreeIran2020 #StopExecutionsInIranhttps://t.co/YM0dtQZAmW pic.twitter.com/bkX4viwGmy

A report in #Iran News by Matin Karim on behalf of #MEK announced that the #Iranian regime’s Supreme Court has just endorsed the death sentence for Heydar Ghorbani, who comes from Kamyarana city in Kurdistan provincehttps://t.co/4yCymjR5YH via @stopfundamentalism #FreeIran2020 pic.twitter.com/92ZbNelVmw

Over the past several weeks, Iranians on social media conducted a massive campaign to save the lives of eight political prisoners in Tehran and Isfahan. The hashtags of “No to execution” and “immediate abolition of the death sentence” became trending topics in Iran in English and Farsi.

This attention caused the regime to withhold the implementation of these death sentences, which were upheld by the Supreme Court, but it is likely that this won’t last long. As soon as the attention is gone, these protesters will pay with their lives. That’s probably why the regime has taken to executing people without alerting their relatives.

It’s not just political prisoners either. Several Sunni prisoners in the east of the country were sentenced to death for being a “Mohareb”, which again refers to waging war on God, likely because they are Sunni Muslims, as opposed to the Shiite mullahs. Their death sentences are now before the Supreme Court for approval.

The uprisings in particular in November 2019 shook the regime to its foundation, and the mullahs’ regime knows that the next uprising could erupt at any time for regime change Iran.

Executions are intended to intimidate Iranian people and make them hesitate before standing up against the repressive regime. The mullahs regime’s history with the MEK should have taught them the fallacy of that thinking, particularly considering that the MEK’s Resistance Units organize so many of the protests across Iran. however, the oppression of Iranian main opposition, the People’s Mojahedin Organization of Iran (PMOI / MEK Iran) and (NCRI), makes Iranians people more determined for overthrowing the mullahs’ regime.

Maryam Rajavi urged the United Nations Security Council, Secretary-General, High Commissioner for Human Rights, and Council of Human Rights, as well as other international organizations to take immediate action to overturn the death sentences. She stressed that an international fact-finding delegation must be sent to Iran’s prisons to meet prisoners, especially political prisoners.

Maryam Rajavi said: “The religious fascism ruling Iran must be strongly condemned and expelled from the international community for its continued use of torture and arbitrary executions, especially of political prisoners, and its brutal and systematic human rights violations.”