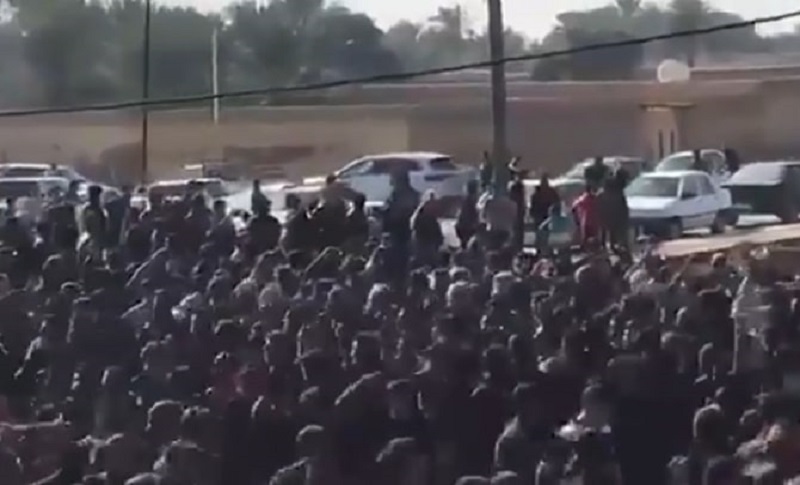 A Telegram channel (Asre Jonoub) announced that according to the commander of Khuzestan Police, security forces arrested several people during the funeral of an Arab poet.

“About 1,000 people gathered in front of Hasan Heidari’s house in Kut Abdallah on Monday, November 11, 2019,” the Channel wrote.

The Khuzestan police commander announced that police forces arrested a group of these people.

Protesters believe that Heidari’s death is suspicious and demanding review of this issue by the authorities.

Hasan Heidari was arrested in July 2018 and was released on bail in September of the same year.

Reza Najafi, Director of Security and Law Enforcement of Khuzestan Governorate said on Monday: “Heidari died of a stroke.

One of the relatives of Heydari said, “At first Hassan felt as if he was suffering from food poisoning,” said a relative. “We took him to a hospital in the middle of the night where the nurses were attempting to provide him help the moment he arrived. He suddenly went into shock and his conditions deteriorated severely Sunday morning. We were told he lost his life due to poisoning… He was a strong young man with no illnesses or heart problems. The regime’s security institutions were involved in his death.”

During the mourning ceremonies, the supporters of the Arab-Iranian poet shot live bullets in the air, as is customary among Arab-Iranians.

There were also reports of confrontations between security forces and protesters.

In some of the videos circulated on social media sounds of gunfire is heard. One video showed protesters in Kut Abdollah pulling down the flags of the Iranian regime from flag poles.