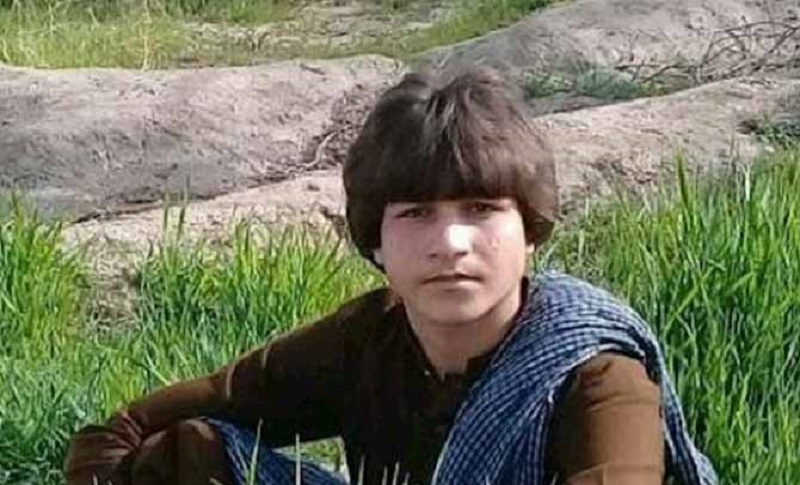 On October 1, 2019, Iranian security forces killed a Baluch youth in Sistan and Baluchestan province (Savaran city) after opening fire on his vehicle. The youth, Meysam Nodratzehi, 18, was porting fuel to make money to provide his life.

Fuel porting has become a popular job in Sistan and Baluchestan due to poverty. Mainly populated by Sunnis, Sistan and Baluchistan is one of the most deprived and suppressed provinces in Iran.

Nodratzehi is one of many Iranian youths who have resorted to exhaustive and dangerous jobs such as fuel porting to make ends meet. High prices, poverty, and unemployment have forced many Iranians to assume such unofficial occupations.

Fuel porters are often targeted by the Iranian regime’s security forces, and many get injured or die as a result of attacks by the Revolutionary Guards (IRGC) and border agents.

Ethnic and religious minorities are continuously under prosecution in #Iran under the mullahs’ regime.#HumanRightshttps://t.co/qX6o6qh9Dh

The regime’s behavior toward the Baluch ethnic minority is especially rough. The killing of Baluch youth by Iranian security forces has become all too common, and Iranian authorities don’t hold anyone to account for the attacks on empty-handed people who are trying to survive their family from poverty and misery. There isn’t any record of the Iranian judiciary responding to citizen’s complaints about attacks by security forces. This has persuaded the regime’s security forces to continue their crimes against Baluch citizens without fear of being held responsible for their actions.

In many cases, the judiciary describes the victims of the regime’s attacks as “criminals” without any evidence to justify their murder, giving security forces free rein to continue their crimes. In recent months, the governor of Sistan and Baluchistan province had clarified that his government will crackdown on fuel porters and the “smuggling of fuel.”

Interestingly, the main smuggler of fuel is the IRGC, whose forces are murdering the poor fuel porters. While the regime is fast busy shooting and killing porters in border provinces, the IRGC smuggles large amounts of fuel outside Iran’s borders on a daily basis to circumvent sanctions and fund its terrorist and ballistic missile projects.

Malak-Raisi, from the city of Chabahar in Sistan and Baluchistan Province, southeast Iran, was arrested by the regime’s Ministry of Intelligence and Security (MOIS) back in 2009 when he was only 17 years old. He was detained as MOIS agents were not able to access and arrest his older brother.

Malak-Raisi himself was sentenced to 17 years behind bars and exile.

Malak-Raisi is being held in exile, thousands of kilometers away from his family, making any visit by family members extremely difficult. His only contact is through phone calls and prison authorities have deprived him of regular phone calls and meetings with his family. He was first placed behind bars in the Zahedan Intelligence Department in southeast Iran and then transferred to the city prison. After his trial, he was transferred to Ardabil in northwest Iran.

In his letters, Malak-Raisi has explained how he was placed in solitary confinement for two years under torture and atrocious conditions. Several years into his sentence, Malak-Raisi continues to report numerous cases of human rights violations while behind bars.