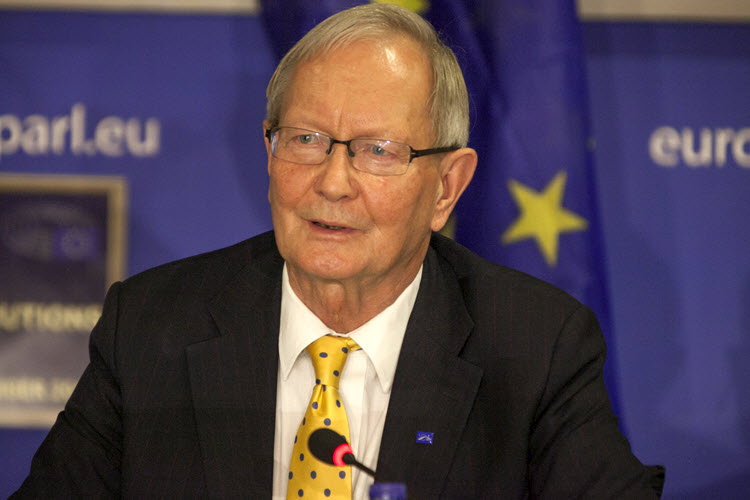 Tunne Kelam, a member of the European Parliament from Estonia, said in a speech last week that it is important to support the Friends of a Free Iran if we are to ever help the people of Iran. He noted that it is one of the oldest groups formed by members of European Parliament and said that for numerous declarations they have had “absolute majority of support for a principled approach to the Iranian regime”.

One such declaration that received majority support was the one that insisted that “any further economic or political progress toward Iranian regime must be firmly linked to a credible improvement of human rights situation”. Kelam expressed his utter disappointment that the governments have ignored this.

He reiterated the words of Mrs. Maryam Rajavi, President-elect of the National Council of Resistance of Iran (NCRI), who said that human rights are being ignored at the expense of business and trade deals.

Kelam also pointed out that western powers always try to emphasise that there are moderates in Iran, but he emphasised that in a dictatorship it makes no difference. Hardliners and moderates in a dictatorship have the same goals and “their loyalty belongs only to save the regime, in Iran, which is becoming more hungry and more frustrated than ever”.

He advised: “So, only we together can help them. It’s our common interest to have a real policy toward dictatorships.”

Iran’s military expansion is something that Kelam believes needs to be tackled, as well its export of terrorism. These two things are the root of the problems in the Middle East of which Iran is at the centre of. He said: “So, even getting Russia involved in Syria is to be seen as a result of Iranian policy who prefer the ground, as they both are interested in retaining the bloody dictatorship for Mr. Assad and both are bombing Aleppo.”

He urged the governments to stop “daydreaming” and to act to change the current situation in the Middle East. He said it is wrong for the West to be doing business deals with a country repressing its people in the most horrible ways and it is a “moral obligation” to support an alternative.

“We have to deal with this regime. I can tell you that this is an illusion, and we are betraying not only Iranian people, we are betraying and deluding also our own citizens. Because there is an alternative and it is here. It is the only alternative for a laic, non-religious Iran, based on equality between women and men, based on friendship with all neighboring countries, and renouncing nuclear weapons program.”