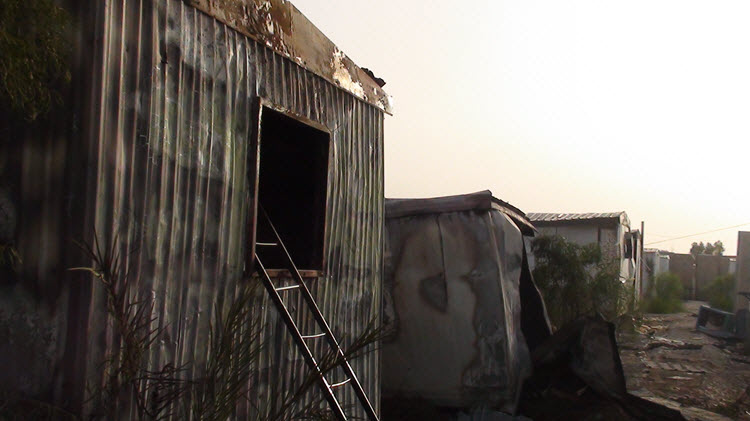 Officials in the United Kingdom have strongly condemned the rocket attack that injured more than 50 people at Camp Liberty in Iraq. The camp is home to members of the main Iranian opposition group People’s Mojahedin Organization of Iran (PMOI or MEK).

According to an article on the National Council of Resistance of Iran’s (NCRI) website, those responsible are “militias affiliated with the Iranian regime’s Revolutionary Guards (IRGC) Quds Force, following an eight-day blockade that prevented food and medicine from reaching the camp”.

On Monday 11th July, Tobias Ellwood MP, the Minister for the Middle East and North Africa in the UK Foreign and Commonwealth Office, said: “We strongly condemn the attack against the civilian residents of Camp Liberty in Iraq on 4 July. We have publically called on the Government of Iraq to investigate the attack and bring the attackers to justice. In the coming days officials from our Embassy will raise the attack with the Iraqi Prime Minister’s Office and the Ministry of Foreign Affairs and make clear the importance of an urgent and comprehensive investigation into the incident.”

He also said: “In all of our engagement with the Government of Iraq on this issue, including at Ministerial level and in our statements, we have emphasised the importance of the Iraqi Government doing everything possible to ensure the safety of the residents of Camp Liberty.”

Mrs Maryam Rajavi, the President-elect of the NCRI, hailed the heroic perseverance of the residents of Camp Liberty and wished a quick recovery for those wounded in the criminal attack.

On 6th July, Amnesty International called for a “prompt, independent and effective investigation into this attack, for those responsible to be brought to justice and for measures to be put in place to prevent future attacks”. They also said that they regret “the failure to adequately investigate previous deadly attacks against the camp, which sent the message that camp residents can be attacked with impunity”.