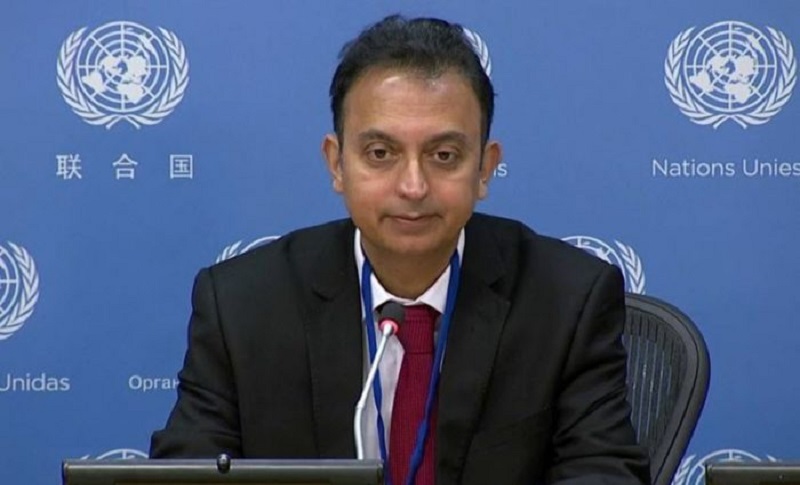 In an interview with Reuters, UN Special Rapporteur on the Condition of Human Rights in Iran, Javaid Rehman, urged the Human Rights Council and other related organizations to release a criminal probe into the ignored crime against humanity committed by Iranian authorities more than 30 years ago. Rehman and several other UN human rights experts wrote to the Iranian government several months ago, calling for an end to the regime’s cover-up of the tragedy and underscoring that if Tehran failed to hold its own authorities accountable, the international community would bear responsibility.

Rehman has expressed his “concerns that there is again a policy… to destroy evidence of mass graves” in an interview. The graves in question could include the remains of more than 30,000 people, all of whom were executed in a few months in 1988.

Throughout Iran, “death commissions” of judiciary and intelligence officials interrogated political prisoners and ordered the summary execution of all who failed to prove loyalty to the theocracy.

Many were sentenced to death after brief “trials” in which they refused to denounce their support for Iran’s main pro-democracy opposition party, The National Council of Resistance of Iran (NCRI), and the People’s Mujahedin of Iran (PMOI / MEK Iran).

According to a Reuters article, the Justice for Victims of the 1988 Massacre in Iran supported Rehman’s proposal in a statement, adding that a UN investigation into the extrajudicial executions was “long overdue.”

As Tehran has battled to restore order in the aftermath of several, large uprisings that highlighted the MEK’s range of popular influence, the fear of comparable retaliation has only grown in recent years.

In an interview on Monday, Javaid Rehman emphasized Ebrahim Raisi’s alleged role in the 1988 massacre as well as the 2019 crackdown, which occurred after the regime’s Supreme Leader Ali Khamenei designated him as head of the judiciary.

That selection appeared to open the way for Raisi to run unopposed in Iran’s presidential election. On June 18, his victory was confirmed, and detractors immediately began warning that the Raisi administration may see Iran’s human rights record deteriorate much further.

Raisi’s status as president-elect, as Rehman accurately pointed out, considerably increases the importance of an international probe into his role in historical and present crimes against humanity. The National Council of Resistance of Iran went further, underlining the importance of international sanctions, diplomatic isolation, and other proactive steps to discourage Iranian authorities from escalating their repression of opposition.

Between July 10 and 12, when the annual live-streamed gathering of Iranian expatriates, the “Free Iran World Summit,” takes place, the statement will undoubtedly be repeated in front of an international audience. Hundreds of European and American officials and MPs will speak at the event, which is anticipated to bring together tens of thousands of expatriate campaigners through a series of simultaneous events.

Western powers and the UN will have to work together to keep ahead of the regime’s growing desperation in the face of organized and widespread opposition if human rights violations are to be avoided.