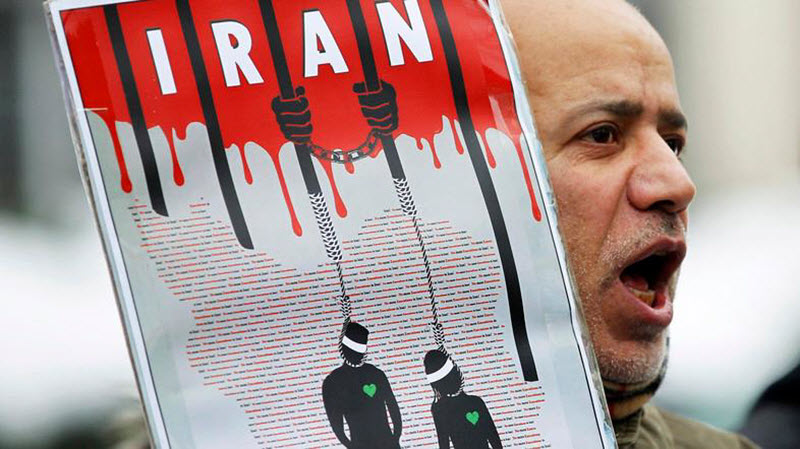 On Wednesday, Javaid Rehman, UN Special Rapporteur for human rights in Iran, told a General Assembly Human Rights committee, “I appeal to the Iranian authorities to abolish the practice of sentencing children to death, and to commute all death sentences issued against children in line with international law.”

It violates international law to execute juvenile convicts, and also contravenes the Convention of the Rights of the Child and the International Covenant on Civil and Political Rights.

According to Rehman, during this year, five individuals who were convicted of committing murder as minors have been put to death in Iran.

In fact, Zeinab Sekaanvand, accused of killing her husband in 2012 when she was 17, was executed just three weeks ago. The special rapporteur said that Sekaanvand “claims that she was coerced into confessing to the killing, had been beaten following her arrest and was a victim of domestic violence were reportedly not adequately examined during her trial.”

Saudi Arabia, Pakistan, South Sudan, and Yemen have executed minors in the past decade, according to the Death Penalty Information Center website, but Iran has the highest rate of juvenile executions among them.

Despite amendments in 2013 to the Islamic Penal Code that allow judges to give alternate sentences for juvenile offenders in certain circumstances, the Iranian executions continue. Rehman said there were “numerous” juvenile offenders on death row in Iran.

A task force was established by Iran’s government to deal with the protection of the rights of children and adolescents. Rehman has urged it to address the situation of juveniles on death row.

Rehman is a law professor at Brunel University London. This was his first report since he took his post in July. He has requested that Iranian authorities allow him to have unhindered access to the country, which he has not yet visited.

Iran has experienced a wave of protests during the past year. The plummeting economy, high unemployment, the rising cost of living, and social discontent have stirred up unrest. When the demonstrations began last December, numerous arrests were made, and at least 22 people were killed during a security crackdown. Media workers have also been harassed and intimidated.

Rehman expressed a series of concerns about the current situation of human rights in the country. “I remain concerned about the fate of those arrested during the protests, and call upon the government to ensure that all those imprisoned for peacefully exercising their freedom of opinion and expression are released,” he said.

The treatment of women and girls is another concern, especially with the recent focus on the mandatory veiling of women. “Any form of coercion on women violates their rights,” Rehman said. “So, enforcement and forced dress code, thereby, is contrary to international human rights law.”

At the meeting where Rehman presented his report, the Iranian representative said the exercise was “counterproductive” and was about “pressure, not cooperation.”

The special rapporteur verified that use of the death penalty in drug-trafficking cases was substantially less than in previous years — a welcome development. A change in Iranian law downgraded penalties for some drug offenses from capital punishment to prison terms. Only two drug cases have resulted in executions this year, versus the 213 individuals who were executed in 2017.