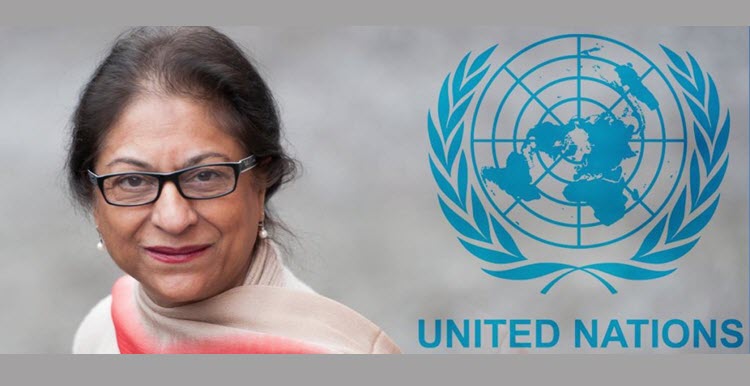 The United Nations organisation has warned of the risk of hunger striking in Iran. Ms. Asma Jahangir, the UN Special Rapporteur on the human rights situation in Iran, said that the health of several prisoners of conscience is in immediate danger.

Mr. Saeed Shirzad, Mr. Ali Shariati, Mr. Mohammad Reza Nekounam, Mr. Hassan Rastegari Majd, Mr. Mehdi Koukhian, Mr. Nizar Zakka, and Mr. Mohammed Ali Taheri are all prisoners of conscience who have been on hunger strike to protest their circumstances in jail in Iran. These are just some of the prisoners in Iran resorting to such drastic measures.

Mr. Arash Sadeghi is a prisoner that was on a hunger strike that lasted over 70 days. He was able to end the strike last week because his wife Ms. Golrokh Ebrahimi Iraee was finally released on bail.

Ms. Jahangir said: “Both Mr. Sadeghi and Ms. Ebrahimi Iraee are human rights defenders who have been imprisoned for peacefully exercising their rights to freedom of expression and association.”

She added that even though Mr. Sadeghi is no longer on hunger strike, he has suffered from serious health problems that require medical attention. She noted that he is being denied the health care that he needs and is confined to his cell rather than being taken to a clinic or hospital.

Ms. Jahangir urged the authorities to act: “I call on the Iranian authorities to ensure that Mr. Arash Sadeghi has access, as a matter of utmost priority, to specialized health care in a hospital outside prison, in compliance with international human rights standards and medical ethics in particular the principles of informed consent. (…) I am deeply concerned about the continuous detention of human rights defenders in Iran, who have been tried on the basis of vaguely defined offences and heavily sentenced following trials marred with due process violations. They are left with no other option but to put their life at risk to contest the legality of their detention.”

She also pointed out this situation is still occurring in Iran even after the president of the country signed the Citizen Rights Charter – a charter that preserves freedom of opinion, assembly and expression as well as the right to life.

She called on the government of Iran to release all prisoners that have been “arbitrarily arrested, detained and prosecuted for exercising their rights to freedom of opinion and expression and for peacefully promoting human rights observance in the country”. She said this must be done immediately and unconditionally.