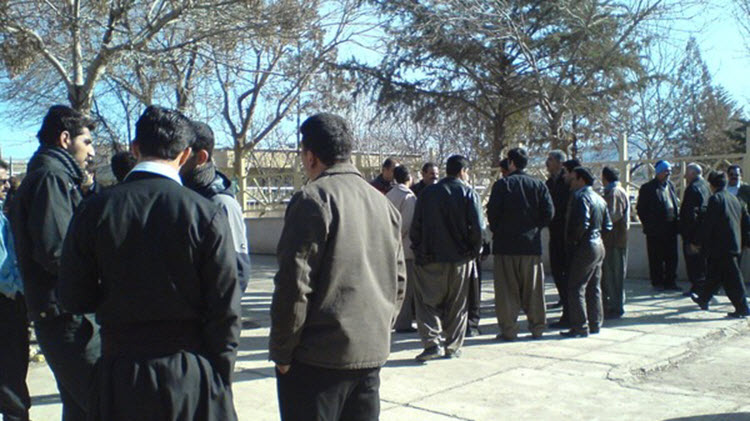 The real unemployment rate is several times higher than what has been officially announced, and it’s not going to decrease in the near future, according to former head of Tehran Economics University.

The regime’s labor minister also earlier announced that the country’s unemployment rate will not decrease in the next few years.

This year, in its detailed 2016 job market report, the regime’s Statistics Center announced that the country’s number of unemployed reached three million. However, the regime’s own economic experts apparently don’t believe that the figure is real, saying that if hidden unemployment, as well as university graduates, are taken into account, the number of countries unemployed will reach 15 million.

Abbasali Abunouri, economist and former head of Tehran Economics University, said in an interview with state-run Nasim-Online news agency on Thursday June 15, “Recession and unemployment will continue, and I don’t think they’ll be resolved over the next four years.”

The regime’s Statistics Center, in reference to graduates ready to enter the job market, called them the country’s hidden unemployed.

A little more than ten percent of the population were underemployed last year. Those whose weekly working hours are less than that set by labor law, those who are out of work due to a slowdown in their working place’s activities, or those who are in a non-working season due to their type of job, are among those who are underemployed.

Hassan Rouhani, as quoted by the regime’s presidential website, said earlier this year, “…instead of creating jobs for our youth, they opened universities’ doors to send them in, so that we now have five million university students, of whom 800 thousand graduate each year and enter the job market.”

Add to that figure the numbers of job seekers without a university degree, as well as last years’ accumulated unemployed. This shows that there are at least one million two hundred thousand people who enter Iran’s job market each year.

Even the construction sector, which is a driving force for many other sectors, is in recession. Escaping recession by creating economic growth is the prerequisite of creating sustainable employment.

Abbasali Abunour said, “A high integration density in housing sector has made it impossible for this sector to get out of recession in short term, so, my prediction is that the housing sector will continue to be in deep recession.”

Ali Rabiei, regime’s Minisiter of Labor and Social Affairs, confirmed the continued unemployment crisis in twelfth government, along with other government officials. Rabiei has said, referring to the government’s plan for to creating one million jobs in 2017, that ”if the rate of job creation over the next 4-5 years remains at its current level, unemployment rate will remain the same as well.”

With one million two hundred job seekers entering the market every year, unless Rouhani succeeds in creating more than one million jobs, the unemployment rate is only going to continue to increase.

The regime’s Statistics Center claims that 615,000 jobs were created last year, but the unemployment rate has increased from 11 percent at the end of last year to 12.4 percent early this year.

Ali Dini-Torkamani, an economic expert pointed out in an interview with Fararoo news website on June 14, that “…the wrong, nested structure of entities, and high number of power centers,” are Rouhani’s most important problem in economy, saying that with their decision-making power, “the centers put the government in trouble sometimes with their decisions.”