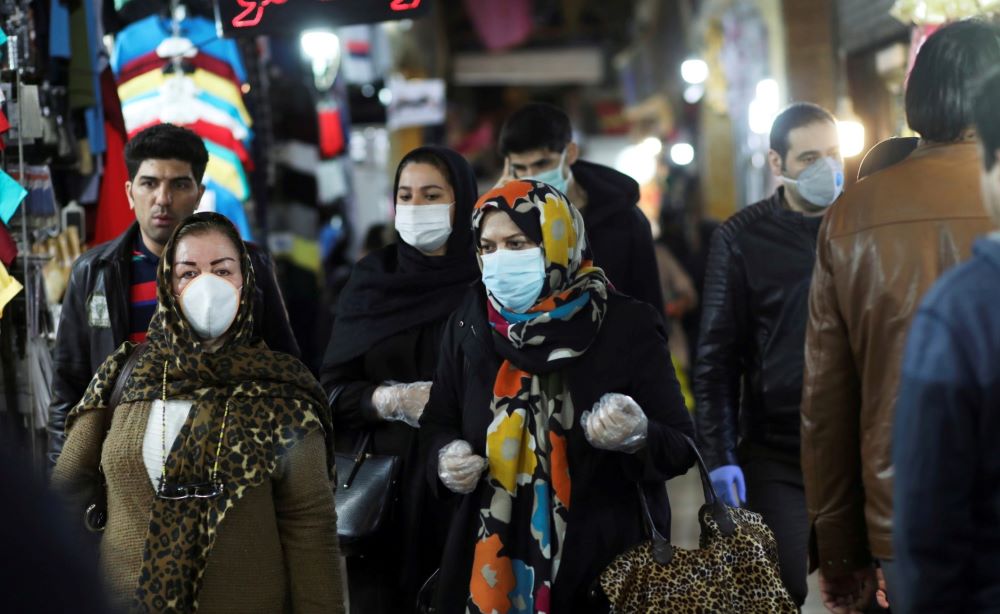 According to the regime, Iranian society is now suffering a second wave of the COVID-19 outbreak with the highest death rate yet.

Iran is reaching its second peak of this virus with thousands of daily infections and an increasing number of deaths.

This increase is due to the cover-up of the regime and the premature end of the national quarantine. The catastrophe is worse than it seems, and regime officials are admitting this fact. However, instead of taking new measures, regime officials are applying the “herd immunity” policy, and meanwhile blatantly blaming people for their “lack of cooperation” in terms of social distancing guidelines.

Mohammad Reza Shams Ardakani, adviser to the regime’s Minister of Health, told the official IRNA news agency, “The number of registered coronavirus cases is increasing. People should know that we will live with the coronavirus epidemic for the next one to two years. We in Iran acted faster than Europe in reopening our systems. We believed that the situation was normalizing while not … Each coronavirus test costs the government around 4 million riyals. I am sure that if the situation worsens, the quarantine restrictions will surely be reinstated, and this should happen.”

“The number of people seeking medical attention in health centers and hospitals has increased by 3.5 percent in the last 24 hours,” said Alireza Zali, head of the Tehran Coronavirus Task Force, for the old state television.

In a video conference with state news agencies, Dr. Ehsan Mostafavai, head of the Center for Research on New and Emerging Diseases at the Pasteur Institute in Iran, said, “According to our data and findings, about 15 million people in the country has been infected with the virus since the beginning of the epidemic.”

The MEK Iran, which has closely monitored the number of COVID-19 deaths since the start of the outbreak, announced Tuesday that more than 50,500 people have already lost their lives because of this virus.

Namaki, the regime’s Minister of Health explains that while the increasing number of deaths from coronavirus forces the regime to recognize some parts of the crisis, the regime’s internal struggles have increased.

“Unfortunately, some people think that this virus is a matter of if we all come together to defeat it in a couple of months, or stay home for 10 or 20 days, the dangerous period would end. This is not the case,” Rouhani said during a meeting of the National Coronavirus Task Force.

Despite the increasing number of infections and deaths, Rouhani insisted on resuming economic activities, keeping prisoners amid the rapid spread of COVID-19 in prisons, saying that the regime has “no second option.” This means that the mullahs will continue to send people to the coronavirus extermination camp.

As the MEK Iran news website further informs, blaming people while simultaneously forcing them to return to work, in addition to dismissing Jahanpour, are signs of the regime’s total fear of the consequences of its criminal policies, lack of transparency, the announcement of manipulated statistics, and non-action.

The regime fears the post-coronavirus situation and the restless Iranian society that needs a spark to explode.

From its earliest days, the Iranian regime’s approach to the COVID-19 outbreak shows that the regime has prioritized its economic needs and security over people’s lives and will continue to do so.

President-elect of the National Council of Resistance of Iran (NCRI), and MEK Iran’s leader, Mrs. Maryam Rajavi, announced that “This catastrophe and the big number of deaths could have been prevented. The death toll in Iran and even official figures could not be compared with the death toll in other countries in the Middle East.“