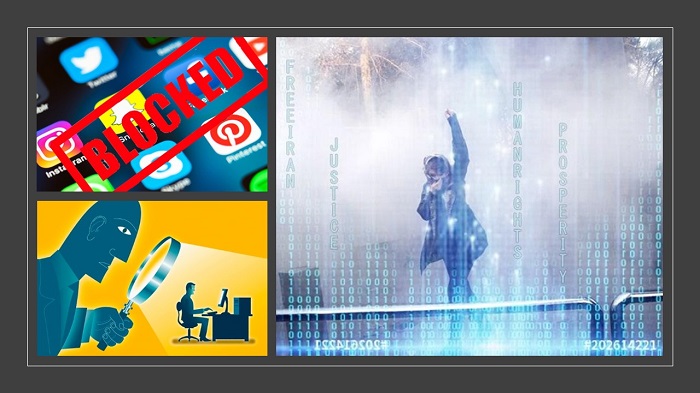 The Iranian parliament plans to ban or filter all social media sites in the country because they are terrified of how this allows the people and the organized resistance movement to organize protests.

The plan will ban all foreign social media sites, restrict some domestic ones, and require the identification of anyone who uses anti-filters to access banned websites. But why are they doing all this?

#Iran Regime To Ban All #socialmedia Platforms: Will It Hinder an Uprising?#technology is at the service of all the #Iranian citizens.https://t.co/rKsz6knWXC

Well, the regime has long used the lack of mass media to conceal its crimes, violate the rights of its people, and plunder the country’s national wealth. Now, thanks to sites like Twitter, the regime’s crimes cannot be kept secret for long and the Iranian people can not only share this with the world but also connect with the People’s Mojahedin Organization of Iran (PMOI / MEK Iran), the group able to lead uprisings against the regime.

The November 2019 protests, where thousands of Iranians took to the streets within hours of the regime tripling gas prices, and 1,500 peaceful protesters were shot dead after Supreme Leader Ali Khamenei. The Iranian people were able to send footage outside Iran, prompting international attention, so the regime completely shut down the internet there for several days.

The Intelligence Minister of #Iran's regime is deeply concerned about the PMOI/MEK's internet activities.https://t.co/e0IpRtvjU2

In addition to depriving the Iranian people of their rights to freedom of speech, expression, and assembly, the regime is also looking to profit from this.

Abbas Abdi, who participated in the 1981 Iran hostage crisis, said: “Filtering is not the right name for what they want to do or have done in the past, but its right name is distributing and selling anti–filters and increasing virtual traffic volume, which means more profit for operators. In fact, this is an economic plan, not a political or cultural one. It is presented as a cultural and media project. But, in fact, it is an economic project with the aim of earning more money.”

It doomed to failure because of the explosiveness of Iran’s society, something that even the state-run media admitted.

While the Etemad daily wrote: “The outcome of this plan will be a copied social medial platform with no outcome. There will be no security [for the regime]. By imposing these restrictions, people will choose the streets to protest.”