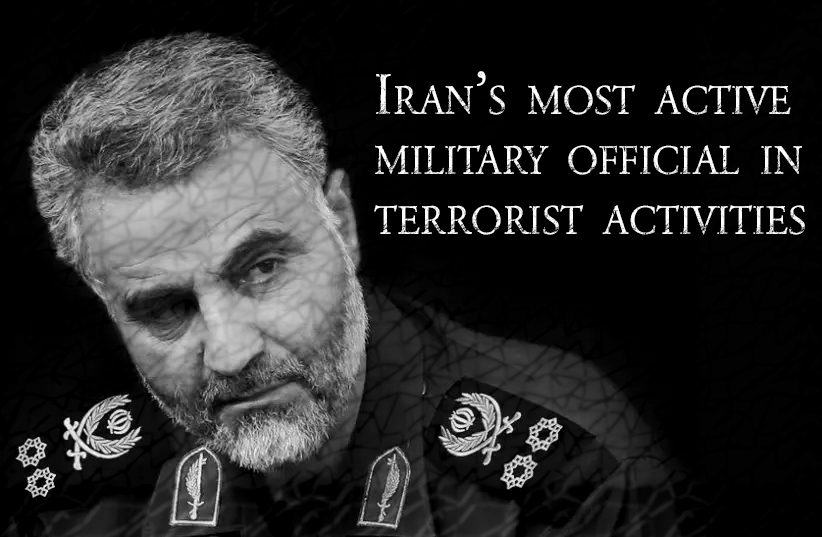 As anti-government protests peaked in Iraq, images of leaders of the Iranian regime were burned by the demonstrators, which showed the anger and hatred of the Iraqi people for Iran’s nefarious role in their country.

The question is, why should the photos of such persons be burned in protests by another nation which demands welfare and freedom? And why should such slogans like “Iran OUT OUT” be chanted?

The record of Qassem Soleimani answers these questions:

The Qods Force is created for extra-territorial terrorist operations and Qassem Soleimani is the head of this terrorist organization.

Soleimani became a member of the Islamic Revolutionary Guard Corps (IRGC) in 1980. He later became commander of the IRGC garrison in Kerman.

During the Iran-Iraq war he was commander of army brigade 41, called “Sarralah”, and since 1997 he has been head of the Quds Force.

He was promoted to the rank of Major General in 2010 and became Khamenei’s adviser on Afghanistan and Iraq.

Also his role in corruption and crackdown cannot be denied. He has sent many youths from Kerman to the frontlines in the Iran-Iraq war.

Suleimani participated actively in the crackdown on Iranian Kurdish people in the 1980s but also in the massacre of members of the People’s Mojahedin Organization of Iran (PMOI, Mujahedin-e-Khalq or MEK) during the Iran-Iraq war.

In 1988, he was responsible for the crackdown on protests in eastern provinces of Iran.

He was the most active military official in terrorist activities and recruitment of people with Islamic fundamentalist potential.

He has close cooperation with Syrian dictator Bashar al-Assad in the killing of Syrian people and was involved in attacks on Saudi Arabia’s oil facilities.

But most important was his meddling in Iraqi internal affair and slaughter of innocent Iraqi youths.

In 2006, Soleimani was sanctioned by the U.N. because of his involvement in the Iranian regime’s nuclear weapons program.

In 2007, the U.S. Treasury Department designated the Qods Force a sponsor of Taliban, Hezbollah, Hamas and other terrorist organizations.

He was later sanctioned by the U.S. Treasury Department for being involved in the crackdown on the Syrian people’s protests.

Suleimani himself admitted that he “controls Iran’s politics and agenda in Iraq, Lebanon, Qaza and Afghanistan”. Iranian Ambassador to Iraq is a member of the Quds Force as well as a person that is supposed to replace him.

Regarding Iran’s involvement in Syria, Soleimani said, “We don’t pay any attention to enemies’ propaganda, and we will defend the Syrian front to the last.”

“In Syria, we are defending the Islamic Republic,” Soleimani continued.

Qasem Soleimani is the most hated person by the people in the Middle East.