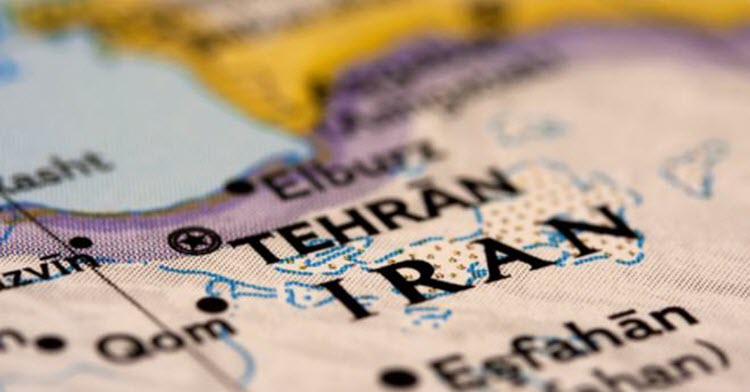 Adam Turner, General Counsel & Legislative Affairs Director for the Endowment for Middle East Truth (EMET), wrote an article about the relationship between America and Iran.

He said that President Obama was of the belief that “all the U.S. needed to get right with Iran was to elect the right kind of U.S. president”. Humble, understanding and respectful of the Islamic faith, Obama believed that he could apologize for “the great wrong done by the U.S. to Iran” and then a deal could be struck to put an end to the danger of Iranian nuclear weapons and help moderate Iran’s government.

President Obama did more than just apologize to Iran, said Turner. He encouraged “political commitments” that:
1) relieved U.S. and international sanctions on Iran (worth hundreds of billions of dollars for the Iranian regime);

5) furnished Iran with $1.7 billion, all hard cash, as ransom for American hostages.

The U.S., under President Obama, has given in to the regime’s demands time and time again. This is all because Iran would have walked away from the nuclear deal. Because of this, the regime has been allowed to violate the conventional weapons international ban by supplying weapons to their terror proxies.

Furthermore, the regime has been allowed by the Obama administration to take and humiliate American soldiers and harass U.S. Navy ships. It has also let the regime away with this behavior without any repercussions. The regime has not been held accountable for “grabbing new American and other Western hostages; adding $600,000 to the Iranian bounty for the killing of blasphemous British author Salman Rushdie; pledging that every family of a Palestinian terrorist will receive $7,000 from Iran; and executing the entire adult male population of an Iranian village for drug offences.”

Before official negotiations started, Obama, instead of speaking up for the democratic political movement opposed to bloodshed and the violent anti-American, Islamist totalitarian regime, he refused to speak publicly. He told the CIA to not provide funding for these dissidents and to sever its contacts with the Green Movement. He also ended U.S. programs to document Iranian human rights abuses.

Turner points out that this is very different to the way President Obama dealt with Hosni Mubarak. He pressured the “far less bloody” and pro-American dictator to step down. Turner also highlights that “President Obama also caved to the Iranian regime over Syria in 2012-2013. Rather than enforce his own red line on the use of chemical weapons, he walked back his commitment to oust the Syrian butcher Assad, after the Iranians made it clear they would never negotiate with him otherwise. This allowed the prolongation of the Syrian civil war, which has killed over half a million people and destabilized both the Middle East and Europe with millions of Syrian refugees.”

However, catering to the Islamic Republic was wrong – it has not and will not lead to an end to their nuclear weapons threat. And it will not lead to moderation in their government. It has instead become the regime’s dream come true – “the creation of a powerful, violent, and bloodthirsty Islamist Iranian Caliphate”, a nightmare for the region.

Turner reminds us that when he was running for president in 2008, Obama said: “Change will not come if we wait for some other person or some other time. We are the ones we’ve been waiting for. We are the change that we seek.”

Change was brought to the Middle East, Turner said. But it was not the change that was needed, “But when it comes to the Islamist theocratic regime in Iran, there can be no doubt — Barack Obama was the U.S. President the Iranian’s were waiting for.”