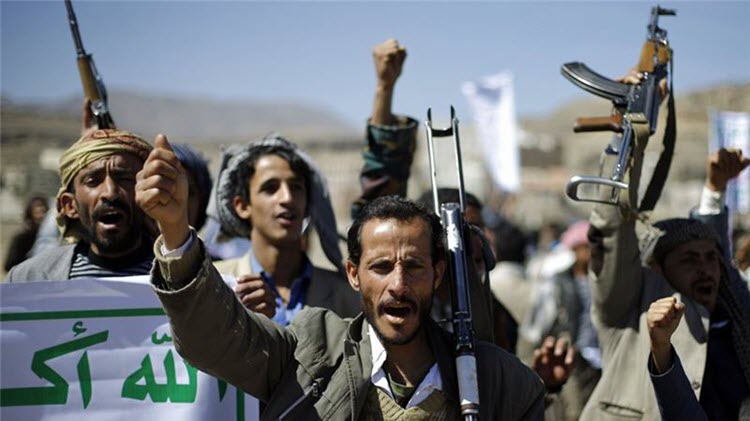 In his January 27 article by Tony Duheaume for Al-Arabiya, writes about Iran’s intentions in Yemen.  He says that during the 30th Summit of the Gulf Cooperation Council (CGG), in December 2009, in Kuwait, the attempts by Iran to destabilizing Yemen came to light, and delegates expressed solidarity with Saudi Arabia as it struggled to repel the Shiite Houthi rebels based in north Yemen.  These rebels, positioned along the edge of Saudi Arabia’s southern border, entered Saudi territory in cross-border incursions, and struck at targets in blatant acts of aggression.

Iranians are members of the Twelver sect of Islam, while the Houthis in Yemen are Zaidi Shiites who revere the first four imams of Islam. However when the Iranians offered weapons and logistical aid, they soon found Four Shiite sect easy to manipulate. Soon, they had the Houthis doing their bidding, in a continued campaign of harassment against both Yemeni And Saudi people.

It began to really heat up between the Houthis and the Saudi government in November 2009, after the rebels clashed with Saudi border guards in the Jabal Dukhan territory along the kingdom’s border with northern Yemen. Saudi helicopters carried out a series of forays in areas occupied by the Houthis, killing at least forty insurgents, in response to an attack by the rebels.

Duheaume writes, “With Saudi Arabia always having been viewed by the Iranian clerical regime as a rival in their bid for supremacy of the Middle East, constant threats have been made against the country by its founder, Ayatollah Khomeini, from the moment he had come to power, spouting anti-Saudi rhetoric from almost the instant he took over.”

Speeches, encouraging the Shiites of Saudi to revolt against their government, have been delivered in Iran.  Khomeini’s held such animosity toward Saudi Arabia that he continued his verbal attacks, and in the end,  he denounced them as heathens in his final will and testament.

Yemen’s northern border is adjacent to Saudi Arabia’s southern border, so the Houthis make the perfect proxy force with which to hit out at the kingdom, as far as the Iranians are concerned, with the ability to use this border area as a springboard for armed incursions, in a bid to cause as much instability as possible.

Many observers are convinced that Iran continues to try to build nuclear weapons, Iran Deal or no Iran Deal. However, with the foothold it has already gained in places like Syria and Iraq, plus its interference in countries like Yemen, the Iranian regime may eventually become a direct threat to Saudi Arabia, and the rest of the Arab world, with or without WMDs.

In Yemen, Iran could eventually set up naval bases along the Red Sea coast, where it could receive continuous arms supplies, and by establishing ground forces in the area, it would become a direct threat to the shipping lanes which pass through the Bab el-Mandeb chokepoint, before they can enter the ocean from the Red Sea into the Gulf of Aden or visa-versa.

A strong military presence in this area gives Iran the ability to control the goods and weapons supplied to that region, and become a direct threat to the movement of naval forces passing by — in the same way that it has shown can be done in the Strait of Hormuz.

There is no choice but to pass through the Strait of Bab el-Mandeb, located along the coastline of Eritrea and Djibouti on one side, and Yemen on the other, for  Ships traveling through the Red Sea to the Gulf of Aden and on to the Arabian Sea.  If the Iranians control the coastline of Yemen, they would become a threat to shipping.

The Iranians have developed asymmetric naval warfare to a chilling degree.  They can use fleets of Fast Inshore Attack Craft (FIAC) and specially adapted fast attack speedboats equipped with anti-ship cruise missiles, with a strategy of overwhelming US warships, by using swarm tactics.

There have already been threats made against the West, which include closing down the Strait of Hormuz by mining this crucial waterway, should the US decide to bomb Iranian nuclear installation.  This would cut a vital artery to the West for its oil supplies.

Military maneuvers have been carried out by the IRGC in Gulf waters, and the regime has shown how its fast attack boats could carry out suicide missions against oil tankers traveling through this watercourse, and harass US naval vessels, which could eventually cause heavy losses to the US navy.

Before 2015, attacks were taking place across the border at Saudi targets,but  the conflict had remained mostly an internal struggle between the Houthi rebels and the Yemeni government, then a Saudi-led coalition entered the Yemeni conflict.

A that time, Iran stepped in to aid the Shiite rebel force. They began to ship weapons to the insurgents, in a bid to use them as a force against the Saudis, and at this point, the conflict took on a whole new meaning.

The IRGC naval force may soon set up naval bases along the Yemeni coast, if Iran continues to use the Houthi rebels to increase their  foothold in the area. Thus, the Iranian regime would be able to effectively close this vital waterway, in conjunction with the Strait of Hormuz, an cause an unprecedented stranglehold on all shipping in both areas.