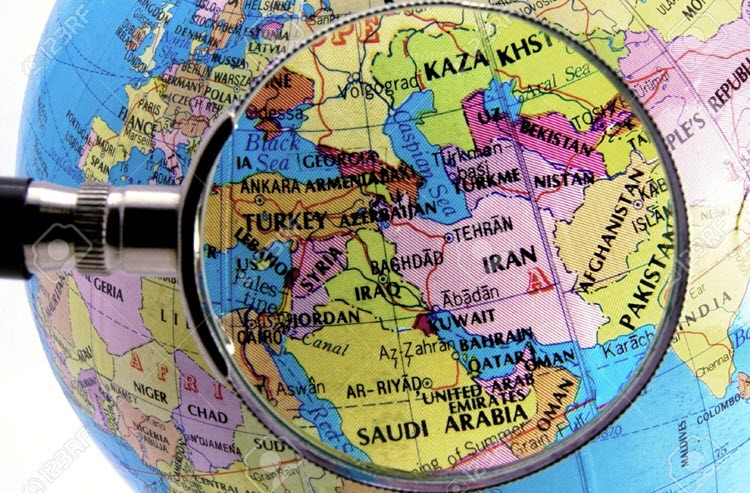 Before the Second World War, conflicts in the Middle East were caused by issues regarding colonisation. After the war and after the colonisation had finished, conflicts got more and more serious and the blame was pinned on the battle between the western and Soviet camp during the Cold War.

New wars were starting after the collapse of the Soviet Union in the nineties. They started in Somalia, Iraq and Afghanistan, and there was also significant trouble in Eritrea, South Yemen, Algeria and Egypt – all because of political vacuum.

The vacuum finished when Moscow came back onto the scene and wars got bigger and more dangerous because red lines and borders were ignored. There were huge numbers of casualties and deaths as a result, and a large number of people were displaced.

Since the eighties, Iran has been blamed for being the source of all tension in the Middle East. There have been other bad actors in the region – Saddam Hussein in Iraq and his regime and Muammar Qaddafi in Libya – but these threats have since been neutralised.

If the Iranian regime was able to be forced to curb its destruction, there would be a much better chance for peace in the Middle East. Iran really has been the source of all major issues in the region, so to eliminate the Iranian threat will kill side threats off.

Some of these side threats include the Lebanese Hezbollah, extremist militias in Iraq, Houthi militias and Hamas in Gaza, to name but a few. There are dozens of other militias in Afghanistan, Bahrain and Pakistan.

International and regional leaders need to recognise that Iran is the problem. Once this has been identified, then action to move forward needs to be taken. It is unwise to go for Iran’s militias and proxies – firstly because there are so many of them, and secondly because it will make very little difference. The source of the problem needs to be confronted – not the numerous helpers.

Iran has been allowed to get away with its destruction thus far because it claims to defend Islam and many other excuses. But this is not true. To stop the Iranian regime’s terrorist and extremist policies will be to give peace a chance to settle in the Middle East.