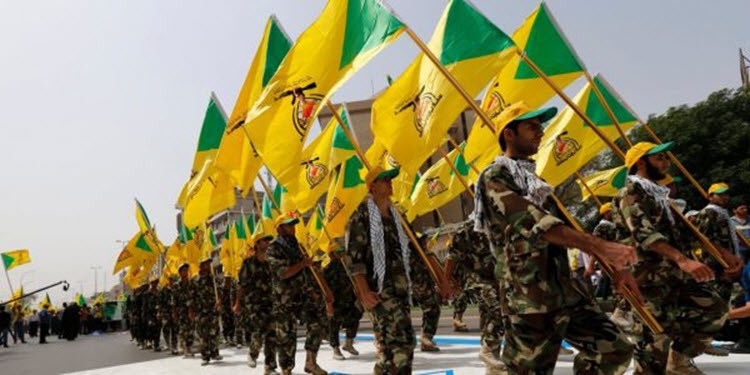 Hezbollah, one of Iran’s biggest militia groups, has said that it is going to strike US soldiers that are in Syria. This is just further proof that Iran is directing its proxies to take action with regards to the American military coalition forces.

This threat is being taken seriously and is an example of how far Iran is willing to go when it comes to propping up Syrian President Bashar al Assad.

It was established that Iran was most likely behind the drone strike on US forces last week. This strike is escalating the proxy war that is already growing out of control.

US military officials have confirmed that they are not there to battle against Syrian regime backers (namely Russian and Iran), but they will act if their assets are compromised.

Although the US officials are more than aware that Iran and its proxies present a huge danger to Syria and the rest of the region, they are adamant that their efforts should be concentrated on the defeat of ISIS. They highlight that ISIS is the common enemy in the Coalition and is currently the biggest threat to peace and security, not just in the Middle East, but across the whole world.

Hezbollah’s threat will undoubtedly lead to a rise in tensions. In the statement it released, the terror group states that it, and its allies, have shown a great deal of “self-restraint” by ensuring that no other strikes have been launched in the area. They did say, however, that “this will not last “if America goes far and crosses red lines”.

Experts and analysts believe that Iran’s willingness to strike US forces stems from the fact that President Trump is showing great determination to combat Iran’s malign behaviour and its meddling in the internal affairs of countries across the region.

Following years of appeasement during the Obama administration, the Iranian regime has started to face the reality that Trump’s administration is not going to turn a blind eye to any more violations. Former President Obama basically let Iran get away with a whole host of actions that under normal circumstances would have been addressed or condemned. However, Obama was keen to push the nuclear deal through, no matter what the cost, so he let the Iranian regime continue its havoc across the Middle East.

Following these years of no consequences, the Trump administration is determined to hold Iran accountable for its actions.