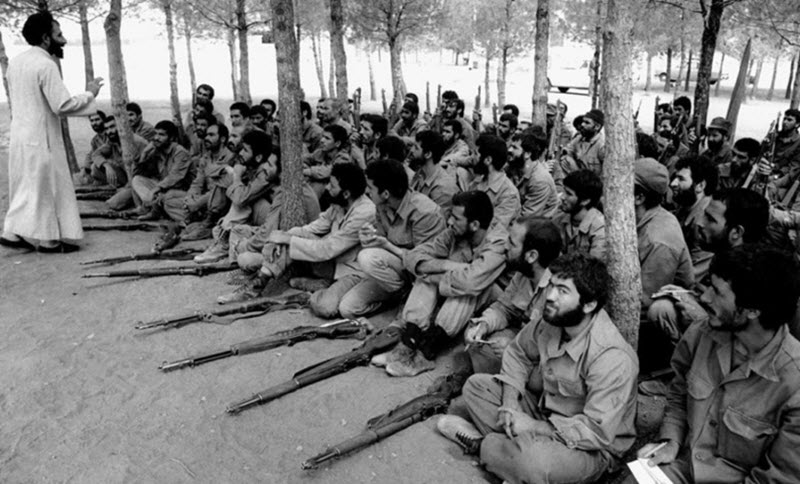 Ever since the 1979 Revolution, the mullahs have not stopped fighting. First and foremost are their ever-present battles against the freedom loving Iranians; killing hundreds of thousands and displacing millions in an attempt to keep control. This has continued to this day, but soon enough Iran was finding other foes to dominate.

One of the most important of these was Iraq, where Iran now holds great sway over the internal affairs to the chagrin of the Iraqi people. Why Iraq? Mainly because Iraq is the cradle of Shi’ism, but also because the mullahs dream of reviving the Persian Empire and the oil resources in Iraq provide the mullahs with huge financial benefits.

However, Iran also constantly fought against Saudi Arabia, the country most opposed to Iran’s expansionist ambitions.

Saudi Arabia had defended Iraq in the Iran-Iraq war after Iraq had attempted to surrender. In response, Tehran increased its efforts to destabilize the Arab Gulf, beginning in 1984 when Iran violated Saudi airspace and territorial waters. Saudi Arabia downed the Iranian aeroplane that had entered Saudi airspace and threatened to bomb the Iranian port of Bushehr if Tehran did not move its ships out of Saudi waters.

In 1986, the Saudi Interior Ministry announced that a large amount of highly explosive C-4 powder had been seized in Islamic Revolutionary Guard Corps (IRGC) bags that were sent by a group of Muslim pilgrims to Mecca. Iran’s plan, which was thankfully foiled, was to kill thousands of innocent pilgrims in a massive attack in Mecca.

In 1987, Iran attacked Mecca again and assaulted hundreds of civilians making their way to the Holy Mosque with swords, knives, and machetes. They were stopped by Saudi security authorities, but only after extensive clashes.

Also in 1987, Iran used Lebanese terrorist group Hezbollah to perpetrate a bombing in al-Ju’aima in Saudi Arabia. This was repeated in Al-Jubail in 1988 and in 1989, Hezbollah blew up the tunnels in Mecca during the hajj pilgrimage.

Since 2009, Iran has used multiple proxies, most often the Houthi militias, to attack the Saudi border or fire at least 200 rockets against Saudi cities, some of which hit Mecca and its holy sites.

Mohammed al-Saeed wrote: “This long track record of violence and aggression leaves little doubt about Iran’s intentions. The mullahs might try to placate the West, but their objective remains consistent: to weaken and destroy anyone and anything standing in their way of achieving regional domination.”

Given all of this, why on earth would Saudi Arabia respond favourably to any Iranian talk of peace?