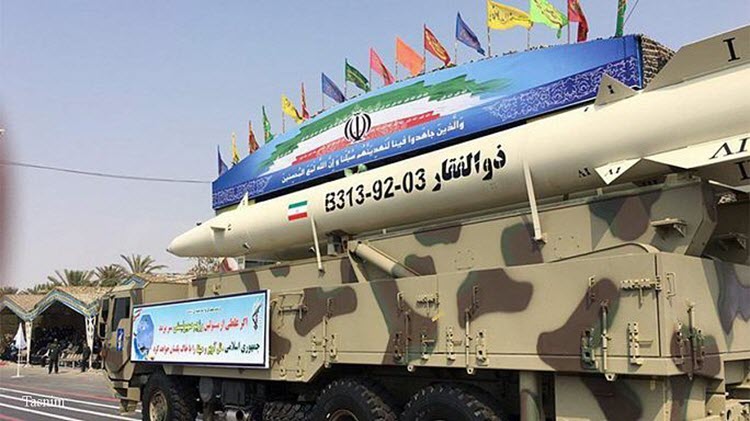 Why did Iran carry out ballistic missile testing in January despite the terms of the Iran nuclear deal and despite United Nations Security Council resolutions? The most obvious answer is that Iran was testing the resolve of the new US President and seeing how he would react.

President Trump, even before he took office, spoke very negatively about the Iranian regime, its aggressive and provocative behaviour and its spread of terrorism. He called the nuclear deal the “worst” he had seen and said he would scrap it.

After years of appeasement from the Obama administration, the mullahs in Tehran wanted to see if this new president was going to keep true to his word.

Another reason for the test-firing of ballistic missiles was to boost the morale of the officials of the Iranian regime who are nervous about the changes in foreign policy in the United States.

Particularly affected by the policy shifts are the Islamic Revolutionary Guards (IRGC) and the Quds Force. They have called recent events a “historic turn” and are fearful of the future. The unpredictability shown by the United States towards Iran in recent weeks makes it difficult for Iran to forecast.

Lobbies for Tehran have also suffered a major setback since President Trump came into office. They have lost their access to the White House and top administration officials. All they can do now is use discredited sources and work with the same objectives as the clerical regime – but their attempts are completely transparent.

They want to make out like Iran has no legitimate opposition so that concessions remain in place. They are trying to get President Trump to continue with Obama’s engagement policy with Iran.

The legitimate opposition that the regime lobbies are trying to discredit has been working for decades towards a democratic and free Iran. The People’s Mojahedin Organization of Iran (PMOI/MEK) and the National Council of Resistance of Iran (NCRI) are urging President Trump to put pressure on Iran and to ensure a firm policy is in place.

The Iranian Resistance has strong backing by prominent members of governments and by officials from all over the world. Recently a letter was sent to President Trump from 23 former senior US government officials who called on him to end appeasement with Iran and to collaborate with the NCRI who are key in the battle of toppling the regime.