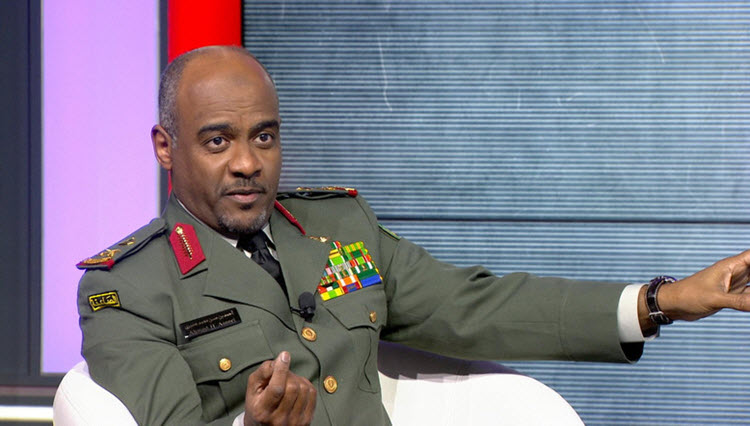 A Paris conference recently weighed the critical situation in Yemen and the possibility of establishing peace.

General Ahmed al-Asiri, an advisor to the Saudi Defense Minister and spokesman of the Arab coalition provided further explanations in this regard and referred to Iran’s meddling throughout the region.

“It is very important Yemen imposes sovereignty across its entire territory. 85% of Yemeni soil is now controlled by the legal government. Security measures are being implemented in liberated areas to launch a system to reestablish security, allow people return to their normal lives, continue the fight against terrorism and force al-Qaeda out, and police to begin protecting people’s property and dignity,” he said in an exclusive interview with Sky News.

“The issue of Iran goes far beyond Yemen. This is about a war between the international community and international law against a regime that is active outside of its borders and meddles in neighboring countries or regional states,” al-Asiri continued.

“Iranian officials are involved in disrupting the security of other states, instigating revolt and influencing political decision making through proxy militia groups. The Lebanese Hezbollah is one such example. Iran is attempting to repeat such a blueprint in Yemen. Therefore, Iran’s conditions are not only limited to Yemen. In fact, Tehran stands against the global community’s objectives, United Nations conventions and respect for others’ sovereignty,” he added.

“Today, the world is facing a major decision. Either agree with Iran’s measures, allowing the world become a jungle, or begin taking actions aimed at stopping its aggressions and returning it to its own borders,” al-Asiri concluded.