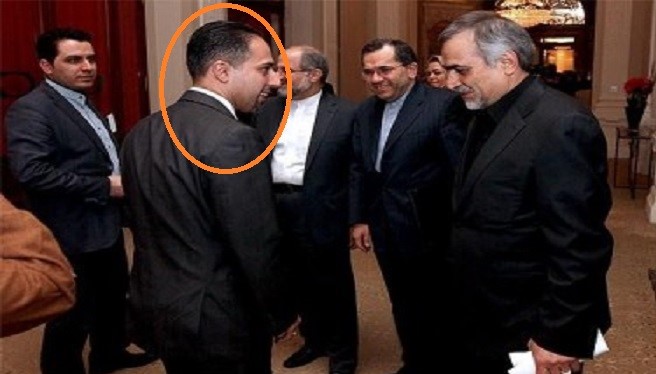 The National Iranian American Council, part of the Iran lobby, in an editorial by the NIAC’s Trita Parsi in Huffington Post, responded to an expose regarding investigations by the Drug Enforcement Agency into the narcotics and arms trafficking of the Lebanese-based terrorist group, Hezbollah, published in Politico.

Parsi is said to have been a staunch and vocal supporter of the Iranian regime, so his attempt to discredit the Politico investigation by describing it as lacking any “actual evidence” is not surprising.
However, it is noteworthy that Parsi never tackles the heart of the Politico story — the statements made by DEA agents and Department of Justice prosecutors who go on record detailing the suppression of the narcotics trafficking investigations against Hezbollah.

Politico examines the work done by federal agents and prosecutors and the documented ties between Hezbollah and the Iranian regime, and Parsi never denied that Hezbollah is a military proxy for Iran.

It is well known that the Obama administration went to great effort to try to appease the Iranian regime, and get the nuclear deal implemented. “For the pro-war echo-chamber, Iran and the Iranian nuclear deal is at the center of the universe.

All other challenges America faces are overshadowed by the desire to kill the Iran deal and strike Iran militarily.
While that may be a fitting point of departure if you look at the region from the perspective of Iran-obsessed governments in Tel Aviv or Riyadh, it does not make sense from the perspective of any government in Washington that takes America’s global responsibilities and national interest seriously,” Parsi writes.

Meanwhile, opponents to the Iran nuclear deal have never wanted war. No one is calling for war, nor is the Iranian dissident movement urging it.

Parsi and his colleagues are said to be making an effort to frighten the public and policymakers and drive American public opinion away from taking concrete action in containing Iran.

The Trump administration think the nuclear deal is terrible. He called it an “embarrassment” during his first-ever address to the United Nations General Assembly last September.
Trump feels that the nuclear deal has spawned a host of headaches including the threat of long-range ballistic missiles, civil wars in neighboring countries, the rise and spread of radical Islamic terrorism and the daily oppression of the Iranian people.