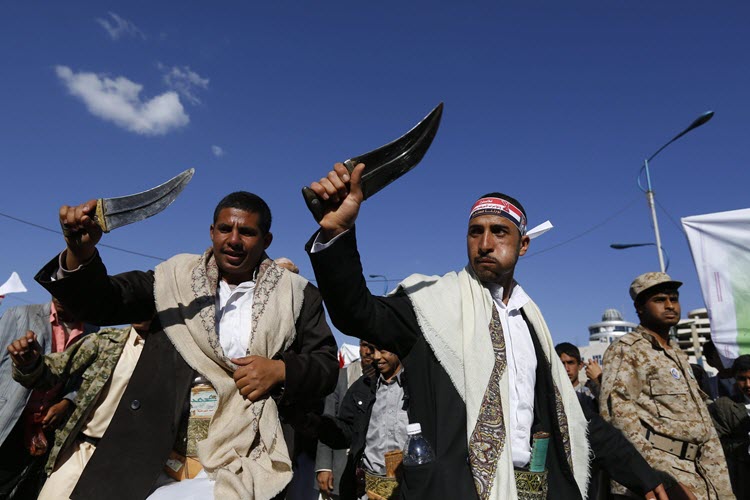 It is surprising how many leaders in the West have decided to disregard information provided by their own intelligence regarding the meddling of Iran in the Middle East.

It has recently been brought to light just how much Obama ignored regarding Iran’s destabilising actions in Iraq, Yemen and Bahrain to name a few places. The Obama administration spent more time appeasing the Iranian regime.

The government in Australia released photographs of weapons believed to be manufactured in Iran. Thousands of weapons were seized including grenade launchers last year just off the coast of Yemen. France and the US also seized much larger quantities of weapons.

Because of international sanctions, Iran is banned from exporting weapons. However, on many occasions Iran has ignored this ban. A Navy commander confirmed that the weapons that have been seized were due to go to Houthis.

The Iranian regime has also failed to deny claims about weapon shipments. Rather it has done the opposite – bragged about it. An official of the regime confirmed that since May last year there has been increased support for Houthis in Yemen – financial support as well as training and weapons, with the purpose of escalating conflict with Saudi Arabia.

Other claims came from the commander of the Iranian Revolutionary Guard Corps (IRGC) Hussain Salami who said: “It is now time for the Islamic conquests. After the liberation of Aleppo, Bahrain’s hopes will be realized and Yemen will be happy with the defeat of the enemies of Islam.”

The Houthis were once a minority in Yemen having two thousand fighters. In 2011, Iran’s Al-Quds Force supplied them with training and financial help.

Iran has helped other rebel groups too, and still does. In 2014, the US National Intelligence Director James Clapper said: “Iran will continue to provide arms and other aid to Palestinian groups, rebels in Yemen, and Shiite militants in Bahrain to expand Iranian influence and to counter perceived foreign threats.”

IRGC Brig. Gen. Mohammed Ali Falaki said in August last year that Iran was planning “the formation of a Shiite liberation army whose commander is Qassem Soleimani… One front of this army is in Syria, the other in Iraq, and another in Yemen”.

The Iranian regime is creating a catastrophe and needs to be stopped. Innocent civilians are getting caught in the crossfire, as we have seen with the human devastation in Syria. Iran’s presence in other nations needs to be addressed, not ignored. The Iranian people are desperate for their government to stop funding terrorism and to start looking after the people who are living in poverty at home.

It is the international community that needs to look at the evidence and act. Too much is at stake for the situation to be ignored.