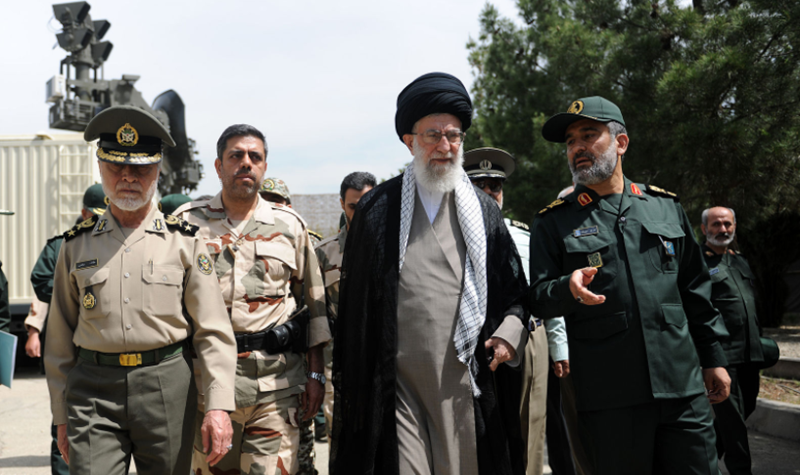 The Iranian regime is involved in conflicts across the whole region and the situation is getting worse and worse. The Islamic Revolutionary Guard Corps (IRGC) urgently needs to be stopped.

Following the recent attack on Kirkuk and on various other towns in Iraqi Kurdistan, many people have been forced out of their homes, showing once again that Iran is spreading chaos across the region.

The commander of the local Peshmarga Force said that the Popular Mobilization Forces and the Iraqi army are not alone in attacking his force – he confirmed that the IRGC are there too.

Just before the attacks in Iraqi Kurdistan, the commander of the IRGC’s terrorist Quds Force, Qassem Soleimani, was spotted in the Iraqi capital and other areas, plotting future attacks.

The Iranian Resistance has provided evidence showing that Al-Amiri and Mohandis are mercenaries that have been working on behalf of Iran since the nineties.

The US is paying particular attention to Iran’s behaviour and the Chairman of the US Senate Armed Services Committee Senator John McCain said earlier this month that he is “particularly concerned” about reports indicating Iranian involvement in the attacks.

Because the Iranian regime’s meddling in other countries in the region, in particular in Syria and Iraq, is intensifying, it is absolutely imperative that the IRGC is evicted from everywhere it is based.

The people of Iran are terribly repressed by the IRGC and they do not like Iran’s involvement elsewhere. They are very aware of the problems the IRGC is causing and in recent demonstrations they called on the IRGC to get out of Syria and think about the people at home.

During the presidential election in Iran earlier this year, one student said what is on the mind of so many people in Iran. He told an IRGC missionary: “Your theory is the theory of terror and the export of weapons and war, and the protection of the tyrant, bloody Bashar al-Assad… Yeah, your theory, is playing with the national and religious sentiments of the people and protecting the non-existing shrines of Homs and Idlib … Yes, your discourse is climbing on the embassies of the countries, your theory is spending the state budget for Hezbollah in Lebanon, which, according to Hassan Nasrallah’s confession, provides arms, livelihoods, food, and even their clothes from the budget of the people of Iran.”

]n Tehran, many people took to the streets to protest against the plundering of their life savings by the IRGC and Supreme Leader-affiliated institutions. Theft under this regime has become somewhat a norm and the people are quite rightly angry.

The leader of the National Council of Resistance of Iran (NCRI), Mrs. Maryam Rajavi, said: “The courageous chants in today’s demonstrations targeting the heads of the Judiciary and Executive Branch, as well as the suppressive State Security Force and intelligence forces, reflect the Iranian people’s desire for the overthrow of the mullahs’ religious dictatorship.”
She encouraged everyone in Iran, especially the young people, to make their voices heard.